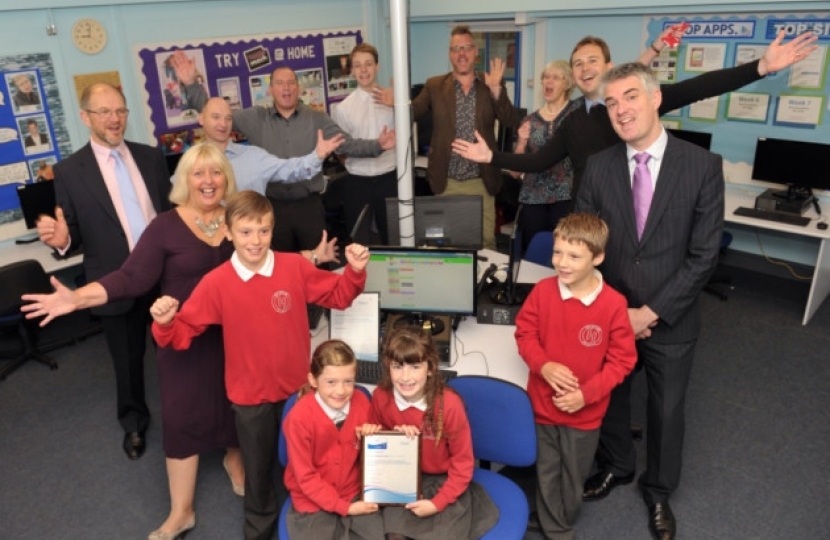 As the father of four young children, I am fully committed to ensuring that the young people of South Suffolk are provided with the best possible start in life. Access to the highest standard of education is a crucial component of this goal. We are fortunate that we already have a great number of fantastic schools in our area. Since being elected I have visited all of the secondary and a large amount of the primary schools in South Suffolk; I intend to reach all of the schools before my first year is concluded. Of those already visited, I have been enormously impressed by the quality and dedication of the teachers that I have met. They do a superb and crucial job and they deserve our support and gratitude.

Additionally, South Suffolk does not receive fair funding and for this reason I have joined the f40 Group in Parliament. Representing 37 English local authorities with historically low funding for education, the f40 Group aims to influence a change in the way that the government allocates funding to local education authorities and schools. Fortunately, the case for fairer funding has already been successfully made and the last government acknowledged the problem and agreed that the existing system is unjustifiable and unfair.

Moving forward, the f40 group wants to secure a firm commitment that a fair national funding formula, along the lines that the group has proposed, will be fully delivered in 2016-17. The group has always acknowledged that rectifying the root funding inequity will be difficult, but the first steps in the right direction have now been taken to secure the life chances of children in f40 areas.

The group recently gathered thousands of signatures from across the country for a petition supporting the fight for fairer funding. I was delighted by the amount of South Suffolk’s schools that returned the petitions and the volume of signatures that had been collected. I was like to thank all of the schools that got involved for their support and commitment.

Funding is a serious problem for schools across the constituency and I will be fighting for our students whilst in my role as Member of Parliament for South Suffolk.