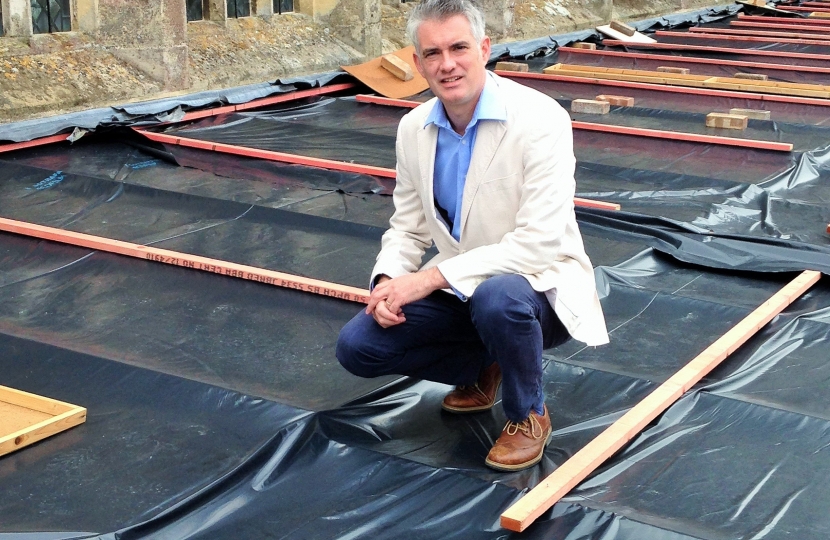 Between August and October 2015, 14 Suffolk churches were victims of lead theft. Churches in Lavenham, Groton and Stratford St Mary, all of which fall within South Suffolk, were among those affected. I was appalled to hear of these thefts and immediately looked for funds available to assist churches in this position.

Unfortunately, though the Listed Place of Worship Roof Repair Fund is in place, churches that had experienced lead theft were not eligible to apply for assistance. As such Jo Churchill MP and I wrote to Tracey Crouch MP the Minister responsible for the fund to request that the fund be opened up to include the victims of theft.

Following a further spate of thefts across Suffolk, the seven Suffolk MPs and I decided to write to the Chancellor of the Exchequer as it is his fund.

I can confirm that I have now heard from Tracey Crouch MP that the fund has been extended to include churches that have been the victim of lead theft under the proviso that they have alarm systems fitted. I have also had it confirmed that the affected Suffolk churches will be able to apply for the fund when it reopens later in the year.

This is a fantastic result for South Suffolk’s churches and communities. The seven Suffolk MPs and I will now write to the Minister to request that our churches be prioritised.