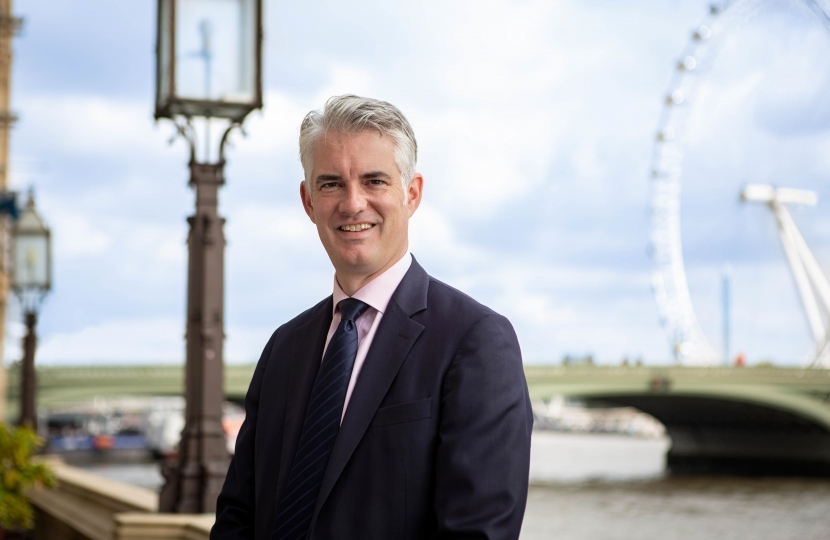 I’m delighted that we have secured a UK-EU Trade and Cooperation Agreement, and that this has now passed through the House of Commons with a huge majority. I always believed that we would achieve a deal because ultimately it was in both parties’ interests – but inevitably this was not signed and sealed until the last minute, as so many rightly predicted, based on the pattern of past EU negotiations. We should now seize the moment of this overwhelming endorsement to put past division behind us, and come together to make the most of this new course for our country.

Before considering the specifics of the deal, we should remember the crucial context. Like much of the western world we are a nation facing unprecedented challenges because of Covid. But as Suffolk and much of the country heads into tighter Tier 4 restrictions we at least have hope. The very fact of securing a deal, against the huge logistical risks of no deal, delivers not only precious certainty for our businesses but - combined with the brilliant news of the UK-developed Oxford vaccine - gives us a double whammy dose of optimism and confidence for a brighter future.

Regarding the deal negotiated against expectation by the Prime Minister and Lord Frost’s team, many have referred to it as a ‘Canada’ style deal. I happen to prefer the phrase ‘Free trade, free country’. Following the vote to leave – and many months of tortuous debate, two elections and endless negotiations – we’ve had a litany of nomenclature to refer to potential Brexit models: Norway; Norway for now; Canada; Canada plus; even Canada plus plus plus. Yet what matters is not the name but the balance between economic linkage and political separation.

Had we achieved legal departure from the EU whilst remaining close to the regulatory orbit of Brussels, for example by staying in the Customs Union as many advocated, we would have had perhaps the ‘freest’ trade with the EU after leaving, and the least ‘friction’. However, we would have not been a free country, since we would have faced the position of having to abide by EU rules whilst having lost our say in them. As a long-term proposition this would not have been politically sustainable for a nation of our size. On the other hand, had we left on WTO terms without a deal, as many also advocated, we would have theoretically been a free country within our sovereign borders with all links to the EU severed overnight, but we would have not had anything like free trade as tariffs would have returned to much of British industry, hitting our farms and factories alike.

As it is, I believe the UK/EU Cooperation Agreement represents the closest possible economic relationship we could have with the EU that is compatible with full political separation, whereby EU law no longer applies in the UK (notwithstanding the exceptional position of Northern Ireland). This is fundamental as recognising this optimal balance between economic ties and political separation is the determinate thread that links much of the deal’s detail and legal substance. So, yes, for companies that trade with the EU there will be new arrangements to get used to. But we will have the benefit of full-fat tariff-free, quota-free trade with our largest market, whilst restoring sovereignty to our Parliament. Hence why I say ‘free trade, free country’ – close economic ties, but those typical of trading partners rather than supra-nationally governed entities.

Of course, the agreement is a huge legal tome that will take many weeks for experts and trade bodies to fully digest. Much of the detail will be probed in more lengthy debate in future, beyond the inevitably shortened timetable agreed today, legislating in necessarily rapid time to ensure an orderly end of transition. Throughout whatever is to come, it must be remembered that we are implementing the expressed democratic will of the British people. It was an instruction I promised in two subsequent elections to implement. It is a new chapter for our nation that will inevitably bring challenges, but also opportunities. We will have an independent trade policy for the first time in decades, not to mention the same for immigration, farming, fishing, and much else besides.

Finally, there is something missing from the deal – it cannot legislate for what we make of it: our ambition; our desire to put previous predetermined positions behind us and unite. That is down to us. In my view it’s in the national interest for us all to accept the reality of our new position, and then work together to make the most of it, confident that due to the brilliance of British science we will get through the Covid crisis, and that after the initial changes with border checks and so on, the Brexit deal will bed down and open up huge opportunities beyond the shores of this continent.

I’m confident we can succeed and that better times lie ahead.