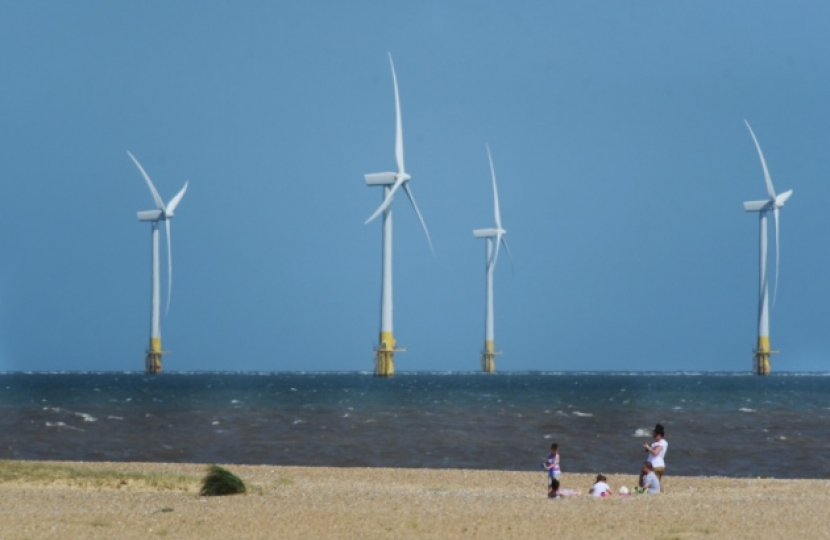 A major reform of offshore energy legislation has been backed by Norfolk and Suffolk MPs. Picture: DENISE BRADLEY

Calls to protect Norfolk and Suffolk coastlines and countryside from being ripped up to accommodate offshore wind technology have been backed by MPs.

Campaigners have long proposed an integrated approach to offshore energy, averting the need for new connections to be created onshore for each wind farm.

One trench would be dug from Weybourne in the north to Swardeston, south of Norwich, for the Hornsea 3 wind farm, built by Danish energy company Orsted.

Two others wind farms, Vanguard and Boreas, would be built by Swedish firm, Vattenfall, and have a trench stretching from Happisburgh to Necton.

But a report published in September found the integrated method would save consumers £6bn and halve the amount of digging required across coastal communities.

National Grid ESO said changes would come too late for the aforementioned wind farms, with some of the necessary technology yet to be developed.

But now five Norfolk and Suffolk MPs have joined forces to back the report’s findings, citing the “detriment” to East Anglian coastline and countryside.

Mr Freeman said: “The old approach of each wind farm installing massive cabling and a Wembley-sized converter station for each farm would ruin our precious Norfolk and Suffolk coastal landscapes.

“We need legislation now to provide a proper system for proper connection.”

Mr Cartlidge added that East Anglia’s role in driving forward renewable energy must be re-examined, while Mr Mayhew argued that proposed alternatives should be applied to ongoing offshore schemes.

“The sooner the rules change, the better,” added Mr Mayhew. “It is not just future projects that can be improved; this new approach should be applied to as many existing wind farm projects as possible.”

Last month, the High Court granted permission for a judicial review of the consent for the Vanguard wind farm.

The challenge is being brought by Salle resident, Ray Pearce, on the grounds of “severe damage to the environment”.