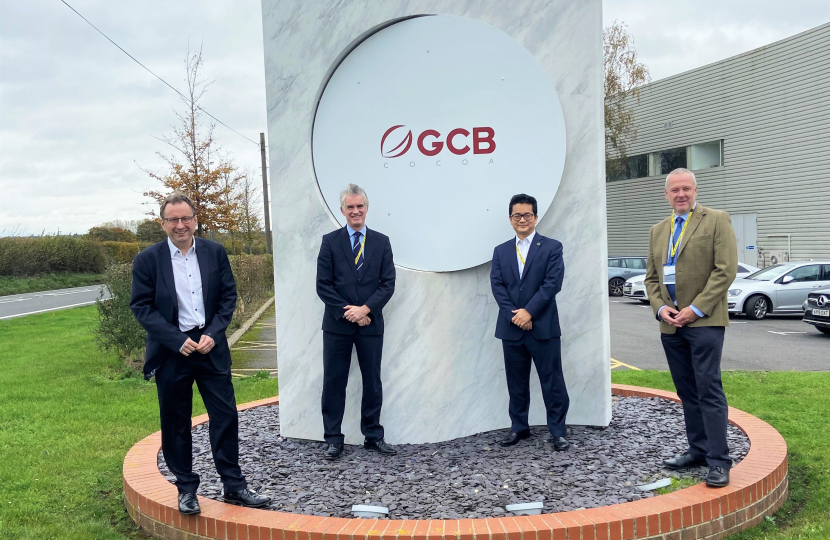 Work has begun to transform a former baby bottle production plant in a Suffolk village into a chocolate and cocoa factory.

The former Philips Avent facility, in Glemsford, near Sudbury, officially closed in July 2020 after operating for 84 years as a baby product-making factory, with the loss of around 430 jobs.

Concerns were raised in the community at the time over the closure, and the loss of jobs to the area.

A task force was launched by South Suffolk MP James Cartlidge to look into viable options for the site.

In November 2020, Malaysian-owned chocolate company GCB Cocoa reached a deal for the site and pledged to invest £62.2million into the plant, restoring 220 jobs.

The redevelopment project includes part demolition of the former factory to construct a new facility, as well as new access, car parking and warehousing.

Oliver Jenkins, business development manager at Clegg Food Projects, said: “We are delighted that GCB appointed us to oversee and construct its new factory as it enters into the UK market for the first time.

“GCB’s vision is to be a market leading cocoa supplier and the new factory will feature efficient and sustainable processing equipment to help make this a reality.

“It is an exciting time. We have begun work and we cannot wait to see it completed. The new factory will bring jobs to the area and will hopefully just be the beginning for GCB as they grow into the UK market and wider.”

GCB cocoa, which was established in Asia when it began trading cocoa beans in the 1980s, is principally involved in the manufacturing of cocoa derived food ingredients.

Brian Bowen, general manager at GCB Cocoa UK, said: “We are very pleased to have appointed Clegg Food Projects as our principal contractor.

"Their understanding of what we need to achieve and the solutions they have provided will significantly assist helping GCB create its manufacturing footprint in the UK.”