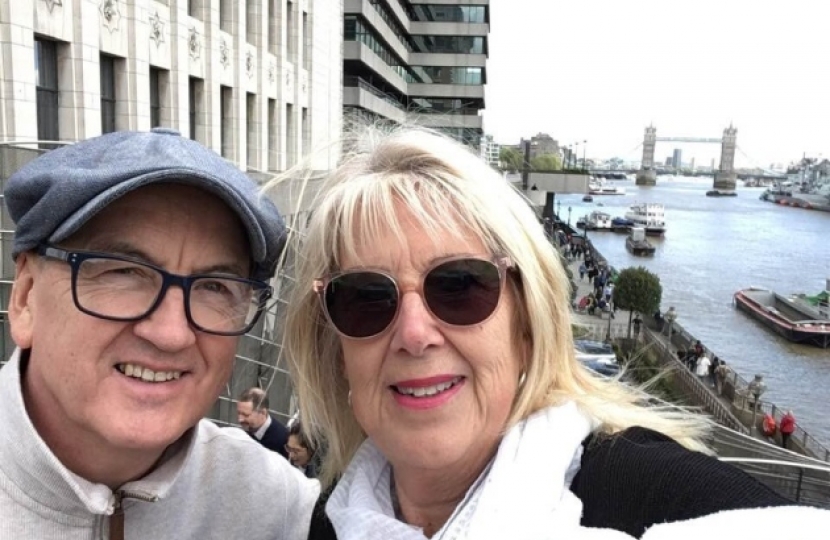 A Sudbury couple have been left stranded in a poorly-maintained Indian hospital after one of their party tested positive for coronavirus.

But their family are campaigning for the Foreign Office and the Indian authorities to transfer them to more appropriate facilities.

Steven Hancock, 60 and his 61-year-old partner Ann Williams were among a 19-strong party to fly out to Kerala on March 6 booked through Mercury Holidays.

But after just a handful of days one of the party fell ill with pneumonia symptoms and was tested for the COVID-19 virus.

That result came back negative, with the group confined to their rooms while awaiting results.

Once given the all-clear, the group was told it could fly home, and even made it onto the airport asphalt before authorities boarded the plane just before take-off stating that the passenger did in fact have the virus.

Between March 15 and 20 the entire party was quarantined in a hotel where they were eventually all tested, five of them coming back positive – including Mr Hancock.

Those five were then transferred to the Government Medical College hospital in Kalamessary, Kochi, where the couple – who have been allowed to stay together – have reported squalid conditions.

Mr Hancock’s daughter Evie Hancock, who is trying to arrange urgent improvements from her home in Chigwell, Essex, said: “The pictures are worse than any prison I have seen.

“They have no bedding, only a paper sheet on the bed, there is blood on the walls, everything is thick in dust, they are not being brought food.

“One night they were given only biscuits and oranges to share.

“The oldest is an 83-year-old woman on her own with no phone.”

Miss Hancock praised the efforts of Mercury Travel, which has been liaising with the Foreign Office and agreed to pay for the guests to move to a private healthcare facility, but it is understood that the Indian government is not allowing positive COVID-19 cases in private hospitals.

Miss Hancock says she has been left with few solutions from the Foreign Office or the consulate, and does not know what else to do.

“We need them to be transferred for their health and safety,” the 31-year-old said.

“It’s extremely distressing to see pictures of your relatives being held that have been confirmed to be unwell and I am concerned about how their health is going to deteriorate being in this position. We are desperate for the support of the government to lobby them getting them to another hospital.

“We know it may be some time before they can come home, but they need to be in better conditions.”

As well as frequent conversations with the Foreign Office, the MP for South Suffolk, James Cartlidge, has also been contacted to raise their plight with the department.

A spokeswoman from the Foreign Office said: “Our staff are supporting a group of British people currently undergoing medical treatment in India and are in touch with the local health authorities.”

He said: “I was extremely concerned to hear about this case and entirely understand both why the matter has been distressing for those directly affected, and why it has alarmed the wider public.

“My Parliamentary team have been in contact with the family and we have discussed the case with the Foreign & Commonwealth Office (FCO) in depth.

“We cannot change the fact that what happens is a decision for the Indian government, but I am assured that the FCO Ministers and officials are working with their counterparts in India to find a solution. I will provide as much support as possible to the family in the UK and will continue to work with the FCO during this process.”

According to the government, it is working with flight operators to try and run commercial flights to bring British citizens home from across the globe, and conversations were ongoing with authorities of other nations to ensure appropriate care was being given.