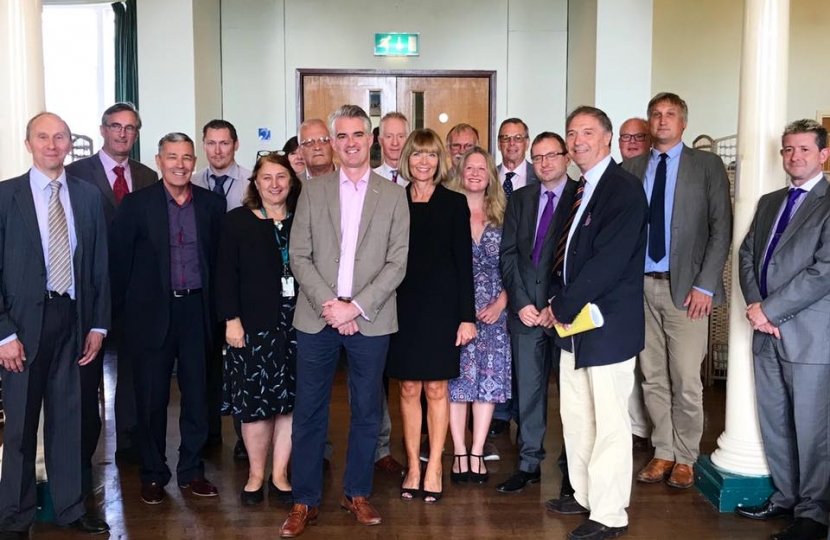 I will be speaking to Look East this evening about Delphi but by way of a further update, I wanted to clarify the position, given that negotiations on the future of the plant appear to be climaxing. Following last year’s announcement in August that the Delphi plant in Sudbury would be closed by 2020, putting at risk the 500 jobs on the site that we all know are generally highly skilled jobs for a very local workforce, I responded by creating the South Suffolk Taskforce. I chair it and other members include the Leader of Babergh, Cllr John Ward; the Deputy Leader of Suffolk CC, Cllr Mary Evans, plus representatives from the LEP and Sudbury Town Council. At our last session we received a presentation from a British company that I can confirm has made a credible offer for the site. Their aim would be to develop the site for the production of electric vehicles. The overwhelming attraction of the site to this entity is its workforce, which they recognise as highly-skilled and with an excellent automotive background.

There are two matters of concern which have caused me to air in public some of the matters arising from the negotiations over the future of the site, most of which is rightly conducted in confidential circumstances. First, the above company has confirmed that if they are unable to secure the site by 17th December, the first car they would plan to produce in Sudbury – a high powered electric sports car – would have to be made in Spain. Indeed, if not agreed by then it is my impression that this would in all likelihood close off the interest of this firm, with all that may entail if no other such industrial bids are advanced or as serious. Secondly, all members of the taskforce are united in sharing the view that overwhelmingly the best outcome for the plant would be to be sold to new owners ‘lock, stock and barrel’ for continued industrial use, thus preserving as many of the jobs as possible. I can confirm that Delphi management stated in front of the taskforce in May that they agreed that the best outcome for the factory was the same, i.e. continued industrial use. Indeed, I understand from Unite the Union that the same message has been communicated to their members by management, and is certainly the Union’s priority for the plant. However, in recent correspondence with senior management of Delphi at a corporate level, I have been concerned by mixed messages reserving the right of the company to sell effectively to the highest bidder and, crucially, for purposes other than continued industrial use – which would presumably include housing development.

I accept that Delphi has no legal obligation to sell for industrial use. Moreover, I should stress that I am not privy to the details of any other bids, should they exist, and I only know of one industrial bid that is credible and advanced in nature, the one connected to electric vehicles. I would be delighted if other interest was advanced from companies, whose interest has not been shared with the taskforce, but which would result in industrial use and job protection. But in light of the language coming from Delphi, I am today taking two steps. I am writing to their senior management once more to remind them of the statement they made in front of my taskforce where they agreed that the best outcome for the plant would be continued industrial use. I am also meeting the Secretary of State for Business, Greg Clark, this evening in the Commons to ask him and his officials to engage with senior Delphi corporate level management urgently in order to emphasise what is at stake and why it is of such importance that the company acts responsibly and with the interests of its current staff at heart.

The South Suffolk Taskforce was established following the announcement of the closure of the Delphi site in Sudbury to look at the local economy in its entirety, in addition to the Delphi situation specifically.