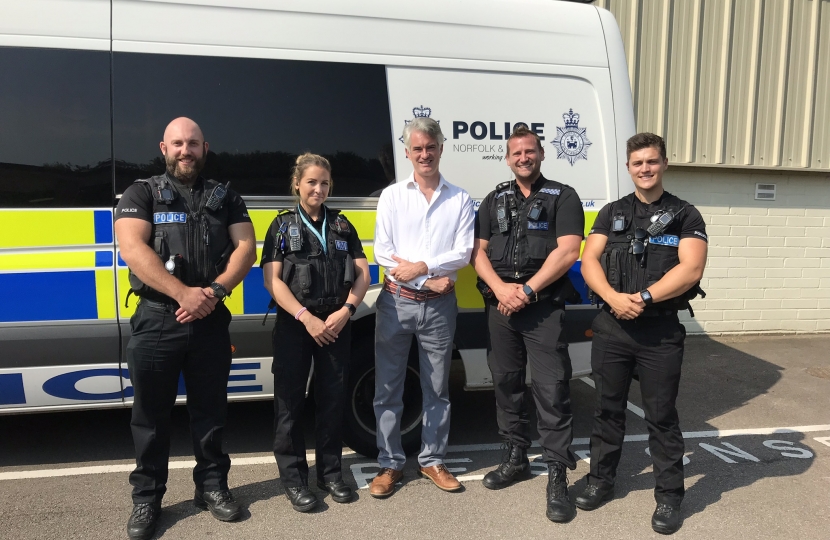 Plans to recruit additional police officers in the county has received high praise from the MP for South Suffolk.

A total of 54 new officers will be recruited over a 12-month period, a move which follows a pledge from Prime Minister Boris Johnson to recruit 20,000 more police officers across the country.

As part of a wider cash injection in public services, schools across South Suffolk are expected to receive a 6.6 per cent rise in funding.

Welcoming the initiative, James Cartlidge said: “Having made difficult choices to restore the broken public finances we inherited to good health, we are now in a position to increase spending.

“This is great news for South Suffolk. Our schools have suffered historically from an unfair funding formula, which I have campaigned with my colleagues to change.

“The result is that local schools will now see a significant uplift.”

Reflecting on plans to strengthen policing in the county, Mr Cartlidge championed the move.

“Likewise, at a time when county lines crime has put real pressure on our police force, it’s very positive to see that Suffolk will get its share of new officers following a broader increase in police funding,” he said.

“This shows our government’s commitment to keeping communities safe and strengthening educational opportunity.”