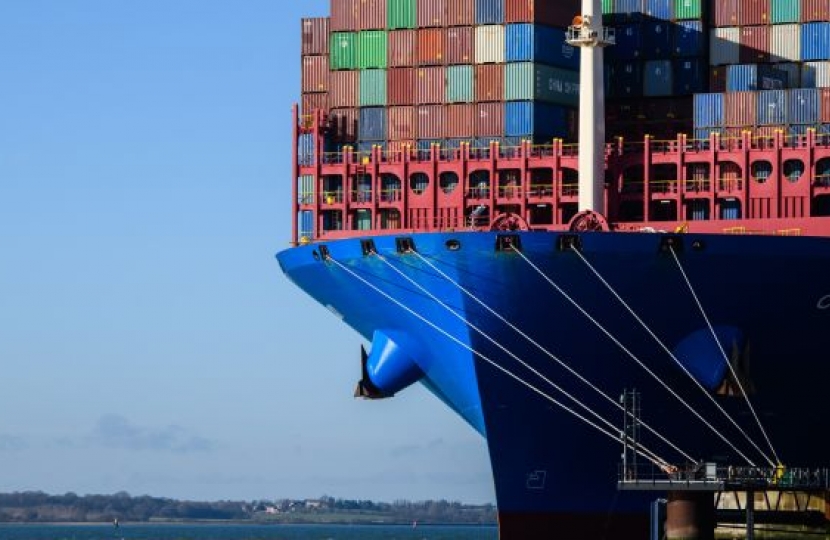 The ports of Felixstowe and Harwich have been announced as locations for new 'Freeports' in the Chancellor's Budget.

Freeports are special economic zones with different rules to make it easier and cheaper to do business.

The eight new 'Freeports' announced by the Chancellor:

"We are delighted to have been chosen by the Chancellor as one of the first Freeports in the UK for a number of years. Freeport East offers a unique opportunity to build a truly global trade hub at the same time as accelerating opportunities in green energy and helping level-up the economy."
George Kieffer, Chairman of Freeport East

MPs have been reacting to the announcement, James Cartlidge MP for South Suffolk said, " A Budget for the future of Suffolk’s economy. Delighted to have a Freeport for Felixstowe, creating jobs & opportunity in our county."

While the MP for Suffolk Coastal, Therese Coffey said it was "great news" that the bid was successful.

"From the outset, we have supported this initiative, as we believe it will deliver sustainable increases in both local and national jobs, productivity and skills and will make a major contribution in helping us deliver our associated infrastructure campaigns, including improvements to the A14 in Suffolk and the East/West rail link between Cambridge and Ipswich."
Suffolk Chamber of Commerce

The new Freeport East will be centred upon the Port of Felixstowe and Harwich International Port, both are owned by Hutchison Ports.

"Its position on the main global shipping routes and with frequent services over to Europe, makes it the ideal place to attract inward investment. It has 50% of the UK’s offshore wind capacity on its doorstep and, working with our partners we will help drive developments in green energy for use in the transport sector as well as across the wider economy."
Clemence Cheng, Executive Director of Hutchison Ports

The news was welcomed further afield by the Mayor of Cambridgeshire and Peterborough, James Palmer.

He said the Freeport would be a major magnet for domestic and international investment in the East Anglian region.

"It will massively strengthen the case for improvement and expansion of the Ely Railway Junction and further upgrades to the A14. This is a launchpad for the future, for investment, and the most joined-up regional growth in many generations."
Mayor of Cambridgeshire and Peterborough, James Palmer