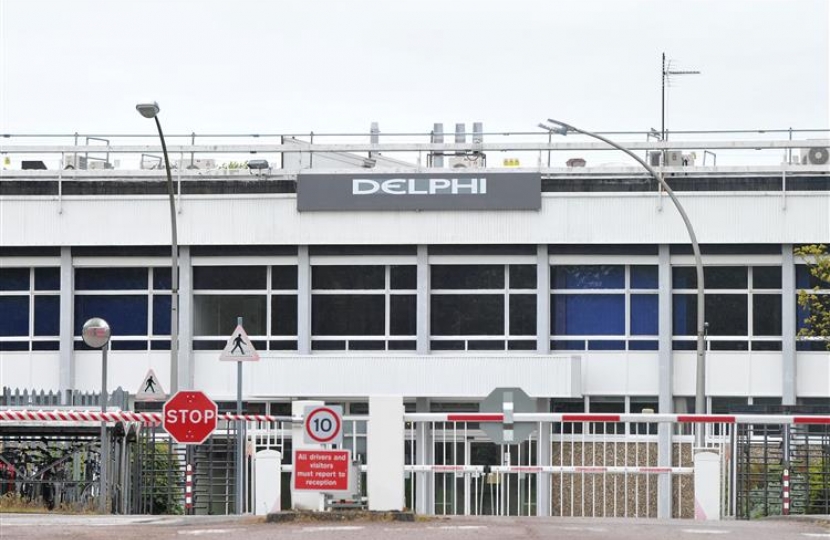 A car maker has provided fresh hope for the future of hundreds of at-risk jobs in Sudbury, after placing a bid to buy an industrial site earmarked for closure.

MP for South Suffolk James Cartlidge confirmed this week that a British firm has made a credible offer to purchase the town’s Delphi Diesel Systems plant in Newton Road, to use it to as a hub for electric car production.

The unnamed prospective buyer, which presented its offer at the last meeting of the South Suffolk Taskforce, is reportedly drawn to the site’s large highly-skilled workforce, which has faced uncertainty since Delphi announced it will close the long-standing factory by 2020.

If the offer is accepted, it is understood that the bidding company intends to initially use the plant to manufacture a high-powered electric sports car.

But Mr Cartlidge warned that, if the bid is not approved by December 17, the firm would likely withdraw its interest in the Delphi site, and instead manufacture this car in Spain, due to the constraints of its production timetable.

He said he feels this bid will need to go forward if the existing Delphi workforce is to be preserved, explaining such a significant number of highly-skilled engineering jobs would be hard to replace locally if they are lost.

However, Mr Cartlidge has also voiced concerns that Delphi’s corporate management could be willing to simply sell the site to the highest bidder, meaning there is no guarantee it will be reserved for industrial use.

A spokesman for Delphi stated that, while it would not comment on the bidding process while it remains ongoing, the business will inform its Sudbury workforce as soon as a decision is made.

In May, Delphi representatives met with the South Suffolk Taskforce and agreed that the best case scenario would be to preserve the Sudbury plant for industrial use.

But Mr Cartlidge, who chairs the taskforce, says Delphi has recently given mixed messages, suggesting it may consider offers for purposes other than industrial use, such as commercial or residential development.

He said: “All members of the taskforce are united in sharing the view that, overwhelmingly, the best outcome for the plant would be for it to be sold to a new owner lock, stock and barrel, for continued industrial use, thus preserving as many of the jobs as possible.

“I accept that Delphi has no legal obligation to sell for industrial use.

“Moreover, I should stress that I am not privy to the details of any other bids, and I only know of one industrial bid that is credible and advanced – the one connected to electric vehicles.

“I would be delighted if other interest was advanced from companies, which would result in industrial use and job protection.”

Mr Cartlidge added that he has written to Delphi’s senior management to remind them of their earlier agreement, and he has asked the Government’s Business Secretary, Greg Clark, to emphasise to the firm how important it is to “act responsibly and with the interests of its current staff at heart”.

A Delphi spokesman said: “We recently opened the formal bidding process for the sale of the site, and we are meeting with potential buyers over the next few months.

“We will not comment on the nature of bids during this process but, once received, all valid bids for the site will be assessed fairly.

“Any decision will be based on what is best for our entire business, customers, suppliers and employees in the UK.

“Our employees at Sudbury will be the first to be informed once a decision has been finalised.”