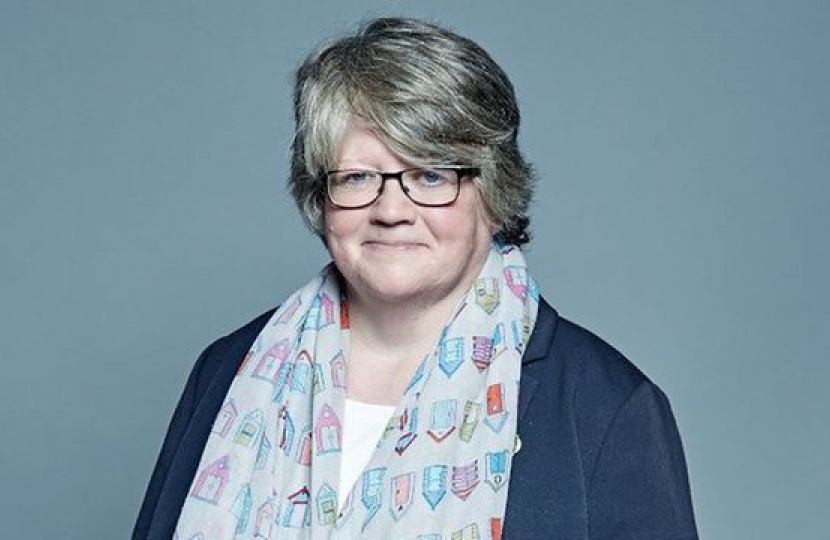 Suffolk MP and cabinet minister Therese Coffey says there is a "genuine risk" the county could move into the new Tier 4 coronavirus restrictions - as she called for people to be "sensible" over the festive period.

Prime minister Boris Johnson announced the creation of a new Tier 4 of coronavirus restrictions for much of the south-east – but not Suffolk.

He also announced that the planned Christmas bubble was going to be severely tightened after the discovery of a new strain of Covid-19.

Reacting to the prime minister's announcement, Dr Coffey - MP for Suffolk Coastal and work and pensions secretary - said: "I think what is commendable is the rapid response to our scientific knowledge.

"This new variant is transmitting much more quickly so it needed a quick response.

"I know it will be uncomfortable for a lot of people, but as I have said before we just need to keep going with the basics - washing our hands, keeping our distance. Hands. Face. Space.

"We have to be careful that we don't end up going into Tier 3 and Tier 4 in the future. There is a genuine risk that we might end up there. People have to be very sensible and careful over the next fortnight in particular.

"I think it's going to be difficult for people with a Christmas bubble with the new tighter restrictions that we have.

"But nevertheless, I think it's a sensible approach to try and limit the spread of the virus. Especially recognising how many people have been in Ipswich Hospital recently."

Dr Coffey was part of the cabinet discussion that led to the new restrictions.

"I was in the cabinet today and it was all laid out pretty clearly," she said after the PM's announcement. "We had the opportunity to ask various questions.

"There had already been quite a lot of questions raised around why Tier 3 just wasn't working in Kent."

Peter Aldous, MP for Waveney, said he agreed with the decision to restrict the Christmas bubble to just one day.

"This is a very fast moving virus," he said.

"And clearly, with the data that has come forth in the last 24 hours – particularly in London and the South-East – the government had to take action.

"It's about being cautious over Christmas. But the news that many vulnerable people will be vaccinated over the first few weeks of the new year will mean we're getting towards the end of the tunnel."

But Mr Aldous called for hospitality venues to get more help from the government.

He said: "I do think we need to look at a bespoke package for certain hospitality venues for so many of them Christmas is a peak period. And that has been taken away from.

"That's the one thing I think we need to look at, but I think the government are right to have done what they have."

Matt Hancock, health secretary and West Suffolk MP, tweeted to say: "Without this action, infections would soar, our NHS would become overwhelmed and many more would lose their lives.

"We cannot let this happen. Thank you to everyone stepping forward in the national effort at this difficult time."

South Suffolk MP James Cartlidge said: "I entirely understand that this latest change to lockdown rules, particularly in relation to the Christmas period, will be a cause of immense frustration for people who had made plans on the basis of the previous rules.

"So many of my constituents will have been desperate to see loved ones whose company they will now either not enjoy at all, or more fleetingly than expected. But having attended the Eastern MP zoom with Health Ministers and officials on Friday and seen the very sharp infection spikes in parts of our region, it was clear to me that something was going to have to change.

"Basically, we have no choice but to respond to this worrying morphing of the virus, given it appears to be spreading more rapidly than before, but that doesn’t make it any easier for people facing the practical consequences of our toughened response.

"The upside is to remember how brilliant our scientists have been to date, with vaccines and treatment, and I am confident all effort will be mobilised to address this latest mutation."