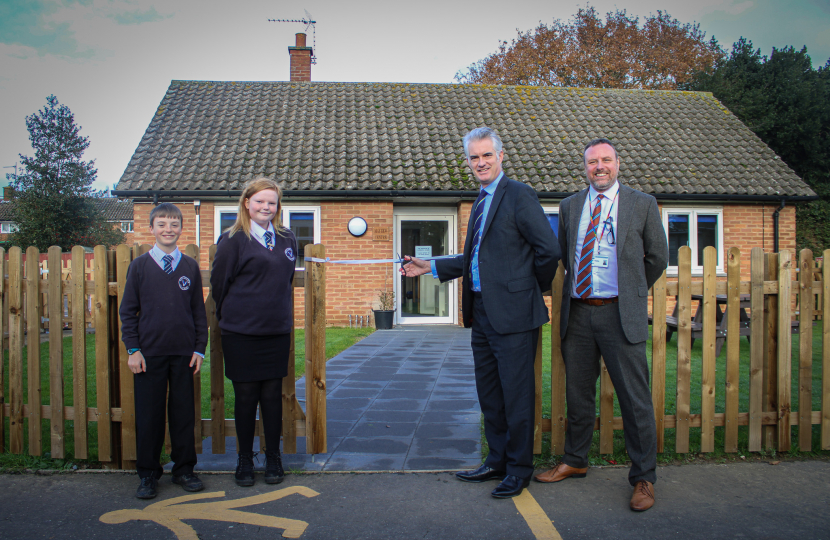 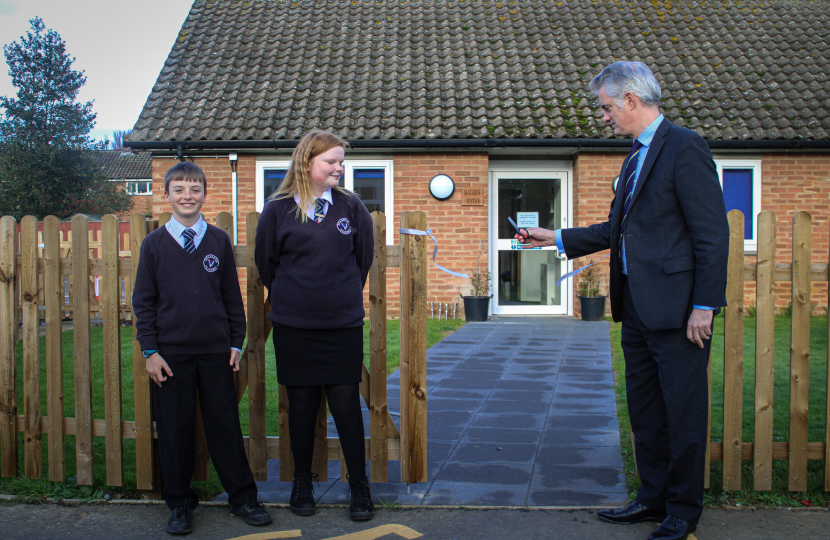 A school in Holbrook has unveiled a new science lab and hub for SEND students, named after a member of staff who went above and beyond to support the school during the pandemic.

Holbrook Academy opened the doors of its new Mayhew Centre on Friday, with South Suffolk MP James Cartlidge in attendance for its grand opening.

The centre takes its name from Nicola Mayhew, who stepped up to become acting head in 2019, after the sudden death of headteacher Dr Simon Letman.

The news that the centre would be named after her was a total surprise to Mrs Mayhew, who had left the school in 2021.

“It was really unexpected, but an absolute honour. I think it recognises not just me, but the whole team,” she said.

“It was so tragic and unexpected when Simon died. However, the school all pulled together. Of course, we weren’t expecting Covid to happen the next year, and we certainly had to put in a lot of work to make sure the school continued to provide the excellent education that it does."

She explained that the SEND (Special Educational Needs and Disabilities) hub had been a project several years in the making.

“The seeds of the project were sown when Simon was still alive," she said.

“We wanted a safe space for the students with additional needs, who need a little space for themselves, to make sure they can access the curriculum in an appropriate way.”

MP Mr Cartlidge said: “It was a real pleasure today to visit the brand-new SEND facility at Holbrook Academy.

“SEND is a real challenge for schools in Suffolk, but there have been a lot of improvements recently, and facilities like this will help to improve provision further.

“It was also good to speak to the headteacher, chair of governors and other school leaders about their plans for the centre and above all, to meet some of the pupils who will be using it. This is a fantastic asset for the local Holbrook community and I was delighted to open it today.”

Headteacher Tom Maltby said: "Holbrook Academy is delighted to be opening our new Inclusion Hub, the Mayhew Centre, which will provide high-quality support and interventions for students.

“Inclusion is a core value at Holbrook Academy and this new facility will enable us to deliver the strong provisions that our young people so rightly deserve."