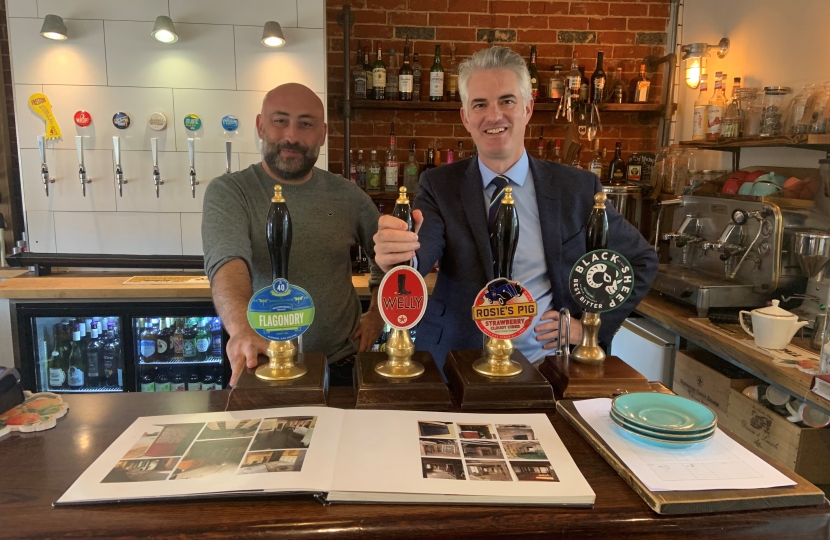 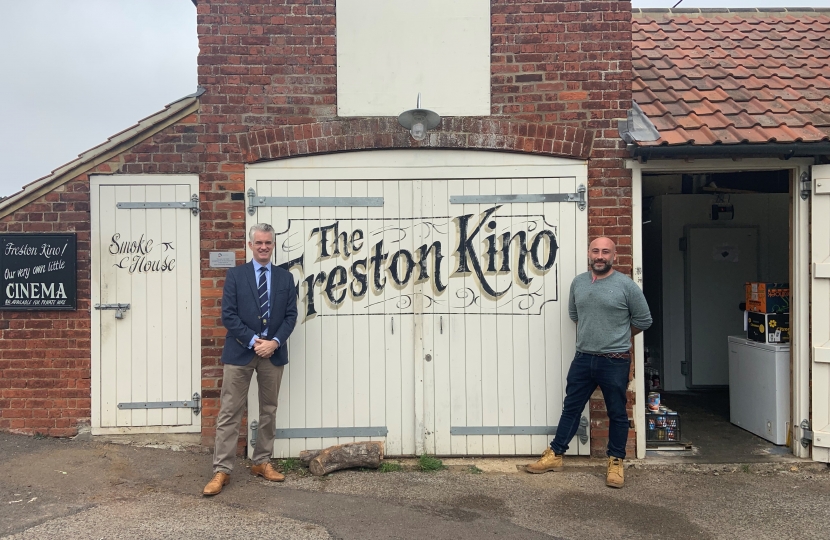 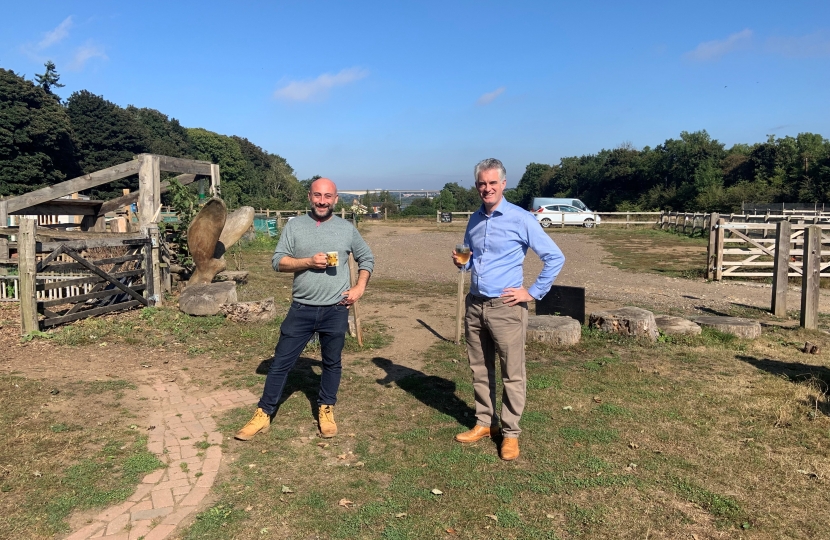 The owner of an award-winning pub serving up top food, drink, a mini-cinema and animal farm trail says it will continue to adapt as the industry recovers post lockdown.

The Freston Boot has had a particularly good bounce - over the summer, it won the National Pub & Bar Award for Suffolk and also received a Tripadvisor Traveller's Choice Award, putting it in the top 10% of pubs and restaurants around the world.

Conservative MP for South Suffolk James Cartlidge visited the Ipswich pub on Friday to show his support for the hospitality sector as it bounces back post-lockdown.

Damon Jeffrey, owner of the Freston Boot, said: "We had a really great chat - the weather was nice for it, so we sat in the garden and had a drink and a chat. I wanted to know what the bar was like in the Houses of Parliament!

"He's a big advocate for home-grown and shopping local, and we have our own farm, collecting eggs from our chickens and honey from our bees, so it's nice to get to show people that there's more to the pub than people think there is.

"And he was very congratulatory about the awards wins - it was great to be recognised."

Mr Jeffrey also had a few words about the challenges he faces with supply chain disruption, saying: "The effect of lockdowns is still there, with the import difficulties and food shortages, but we're just adapting.

"If we can't get a certain type of pasta from Italy then we'll just make our own. If we can't bring in meat from elsewhere, what can we find that's local?"

Speaking after his visit, Mr Cartlidge said: "I thoroughly enjoyed my recent visit to The Boot in Freston.

"From my time working with the Treasury, I know that hospitality was one of the sectors hardest hit by lockdown, so I am keen to show my visible support as this sector bounces back after the pandemic.

"The Boot was Britain's first cashless pub and has its own retro mini-cinema alongside a giant tipi and an animal farm trail. It was fantastic to see these renovations that landlord Damon had worked so hard to complete, and their recent Tripadvisor Travellers' Choice Award is greatly deserved."