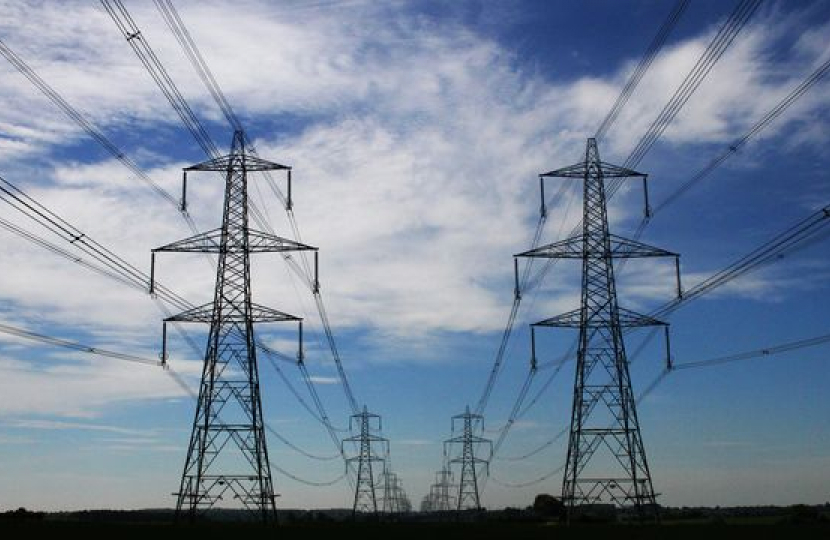 SIx of the region's MPs have written a joint letter to the government over plans for a pylon network which cuts through the Suffolk and Essex countryside.

They are unhappy with the consultation over the East Anglia GREEN project, which would see a line of 400kv pylons carry electricity from offshore wind farms through 180km of Norfolk, Suffolk and Essex countryside. They say an undersea cable option has not been properly explored.

Meanwhile, a petition against the pylons has hit over 8,400 signatures, as pressure mounts over whether an undersea cable would be a better option.

The letter says: "We are concerned that the consultation does not cover the decision already made by National Grid for the new pylon run to be overground, when it was specifically chosen against a viable undersea cable route – ‘Sea Link 2’ (SCD2) - without any public engagement, or explanation.

"We share the view of many of our constituents that, as far as is practicable, new offshore generated electricity should be transmitted offshore, making landfall as close to the target population centres as possible.

"You will also be aware that National Grid themselves estimate savings of £6bn per year for consumers from a coordinated offshore grid.

"Yet, despite all of this, the ‘top level’ choice of overground vs undersea has been presented by National Grid as a ‘fait accompli’, without any public consultation.

"Of course, we are all strongly supportive of the drive to achieve net zero by 2050, and the role that our East Anglian offshore wind plays in that endeavour."

The letter adds: "Given that East Anglia GREEN involved an initial decision to reject an undersea option, and that this is meant to be a public consultation on the ‘choice’ of how the electricity is transmitted – in a context of a Government supporting an offshore grid – at the very least we would ask that the consultation be expanded to permit the public to express their views on the wider choice of overland vs undersea."

Liam Walker, project director for East Anglia Green, said: “This reinforcement between Norwich and Tilbury is essential to carry more clean energy to homes and businesses across the UK, and to help the country reach net zero by 2050.

“We hope local residents will be able to join us and hear more about what we are proposing and give us their feedback on our plans.”