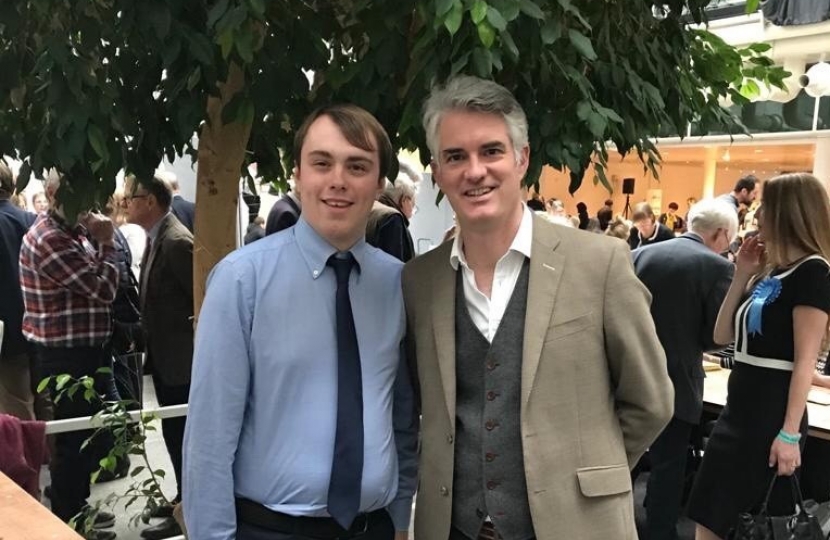 Politics may leave many teenagers cold but for 19-year-old Conservative Zac Norman it is the only way to help fellow young people.

Elected as councillor for Sproughton and Pinewood on Babergh District Council alongside the Green Party's Richard Hardacre, Zac said he wanted to devote his career to helping young people across south Suffolk.

“It is surprising and overwhelming, especially considering everything going on nationally,” he said.

The former Suffolk One business studies student said his interest in politics from a young age is what inspired him to stand, as well as having a history of parish and local councillors in the family.

Having already served as a parish councillor for Sproughton over the last six months alongside working in the health and safety sector, Mr Norman said he was ready to make the step up to ensure younger people have a voice and better life prospects going forward.

“I think the Conservatives are the only party out there right now that can help young people,” he explained.

“They have a great track record in housing and that's what appealed to me. I want to see more young people on the housing ladder.

“Trying to get on the ladder for people my age is very hard and in Sproughton, we've been inundated with planning applications but they aren't helping young people.

“I want to see us build more smaller properties to encourage young people to move in - villages thrive on diversity, and community is what every village needs.

“I am honoured the community has chosen me to be their councillor.”

In line with his commitment to help younger people, Mr Norman made a rallying cry to fellow young people across the country to get involved in local politics.

He said: “The age in local councils tend to be significantly older so it's so important young people get involved in politics as it affects our lives more in the long run - we need to find a balance that works.”

He was backed by South Suffolk MP James Cartlidge, who said: “I have always believed that we need a politics that represents all generations, and there has all too often been an absence of the voice of young people in our politics.

“I wish him every success.”