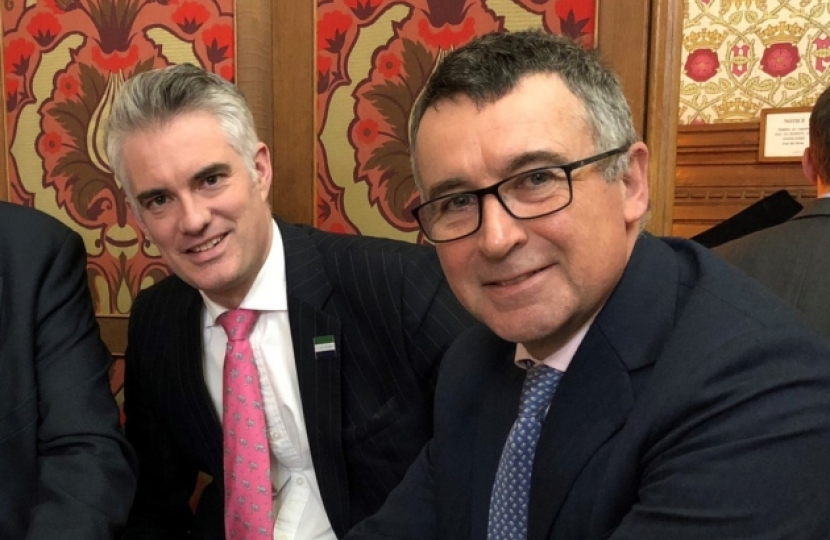 Most Conservative MPs from this region continue to support the Prime Minister in the face of the Brexit storm – but accept that the Parliamentary numbers make it difficult to see how the deal announced on Wednesday can get through.

They are taking time to read the 585-page Brexit document, but accept that statements from some of their colleagues make it very difficult to see how it can win approval in the House of Commons.

South Suffolk MP James Cartlidge said: “My own view is that everyone needs to read the document and understand what it says. When you look at what we’re getting from the EU – ending free movement, allowing us to make our own trade deals, and ending payments while still allowing us access to the open market during a transition period, that has to be worth looking at.”

Colchester MP Will Quince, who backed Brexit in the 2016 referendum, said there had been better 48 hours in the party’s history: “I cannot really comment on the contents of the document because I have only had a copy for a few hours. As a lawyer by profession I cannot comment on a 585-page document like this until I have read it.

“Having said that, it is very difficult to see how the numbers can add up in parliament to get this through.

“But I’m certainly not signing any letters or anything like that. The Prime Minister has shown herself to be very determined and hard-working and she deserves that we should read through this document before dismissing it.”

Waveney’s Peter Aldous backed remain in 2016 – but his constituency voted strongly to leave the EU and he has been trying to represent their concerns in parliament.

He said: “As the Prime Minister said there has been a great deal of work on this and it has been a very difficult negotiation.

“There is a great deal to study here – but as it stands at the moment it is not easy to see how it would get through parliament. But we now have time to study what is in the document before the debate and see how people think then.”

Leading Brexiteer MP Bernard Jenkin, from North Essex, said: “Fishermen in East Anglia should be praying the UK leaves without this deal. The deal does nothing to solve disagreements with other countries.

“For farmers it is more problematic but the proposed deal will not bring any benefits for anyone in East Anglia.”