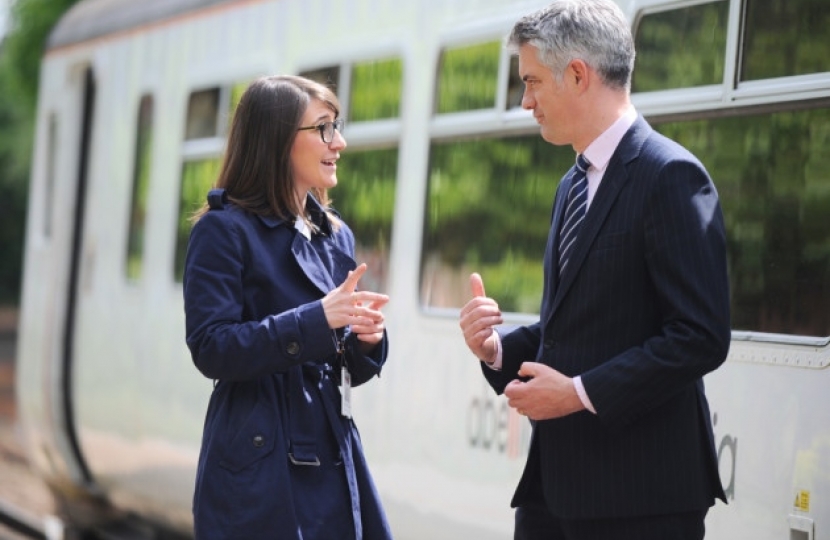 He said many people living in his constituency – and elsewhere in Suffolk – travelled to London two or three times a week, but had no option but buy a full season ticket for travel seven days a week.

He has written to all three bidders for the new Anglia franchise which is due to start in October asking for a commitment to look at “flexible season tickets” which would be valid two or three days a week.

At present anyone travelling regularly more than twice a week is advised by rail companies to buy a season ticket even though it is not used on most days.

Mr Cartlidge said: “The labour market has changed substantially in the last 10 years and our rail services should adapt to reflect the fact that workers are no longer required to work from their offices five days a week.

“Working families in my constituency should not be penalised for flexible working conditions that allow them to juggle their work and family commitments.

“Ultimately, a flexible season ticket would also help to reduce overcrowding on the trains as individuals would be encouraged to work from home where possible.”

Abellio Greater Anglia managing director Jamie Burles said the company was taking part in trials of two schemes which both offered the possibility of introducing flexible ticketing at some point in the future.

And Chris Atkinson of National Express, which is also bidding for the franchise, said flexible season tickets were being introduced on its C2C franchise to Southend later this year.

In her reply to Mr Cartlidge, Mrs Perry said she was: “Determined to ensure part-time workers get a better deal.”

She said she had been discussing with train operators how the Government can deliver its manifesto commitment to “introduce smart ticketing and part-time season tickets.”

Mr Cartlidge said he was encouraged by the response from the minister and bidders – but would be keeping up the pressure.