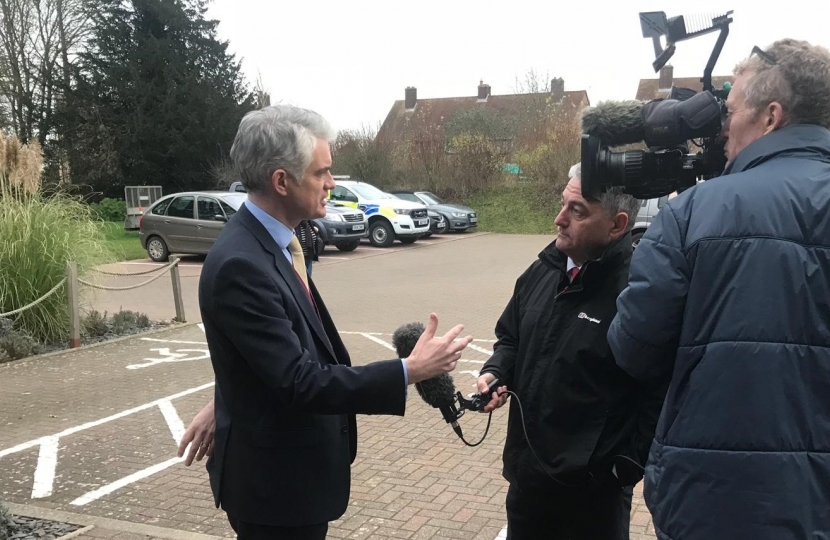 James Cartlidge, MP for South Suffolk, has unveiled some of the key responses he has received in approaching local firms and farms for their views on the potential impact of a ‘no deal’ Brexit. All contributors, other than trade organisations, have been treated confidentially.

Speaking about the responses, James said:

“I am very conscious of the fact that at times the coverage of the potential impact of a Brexit ‘no deal’ scenario has verged on the hysterical, e.g. with the suggestion that the Queen would be relocated from London. Given feelings are running so high, I have therefore sought an objective view of how local businesses feel and it has to be emphasised that feedback varies considerably. Some businesses are positive about the prospect of no deal, others extremely worried, but the one thing there is agreement on is that the best outcome would be for Parliament to pass a deal so that we can finally move on to the next stage”.

The following are all from well-known South Suffolk businesses and provide a representative cross-section of major players in local industry, with the proportion of negative/positive responses reflected in the extracts:

“Inevitably, those firms most exposed both to the EU market and to WTO tariffs and non-tariff barriers (e.g. new labelling rules), are more concerned about the potential impact of a no deal Brexit. In some cases, the firms in question are extremely worried but have kept quiet publicly to avoid worrying their staff, which is understandable. However, it is absolutely not all doom and gloom, and there are plenty of businesses more positive about no deal.

“Overall, there is no doubt that the one outcome every business can agree they want to see is Parliament voting through a deal. In my view, this would not only lift current uncertainty, but see a bounce back in optimism and growth, giving us the ideal platform for us to leave in an orderly manner with our economy firing on all cylinders”.