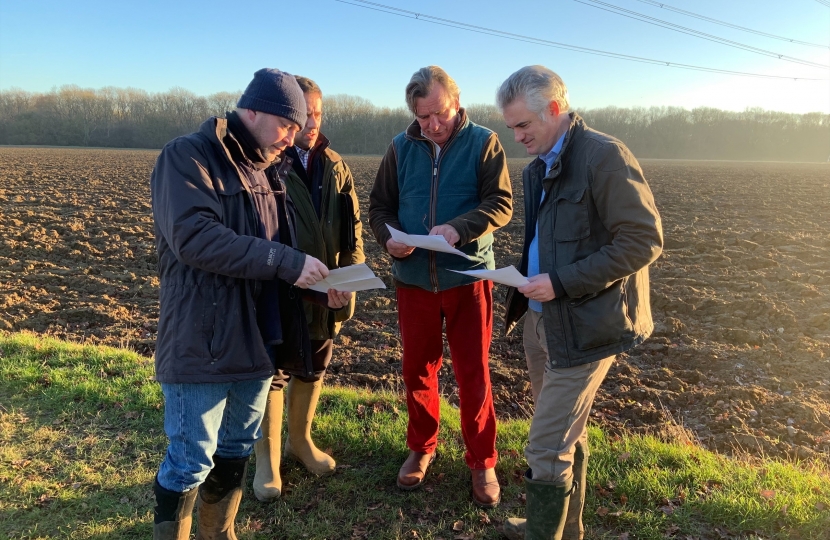 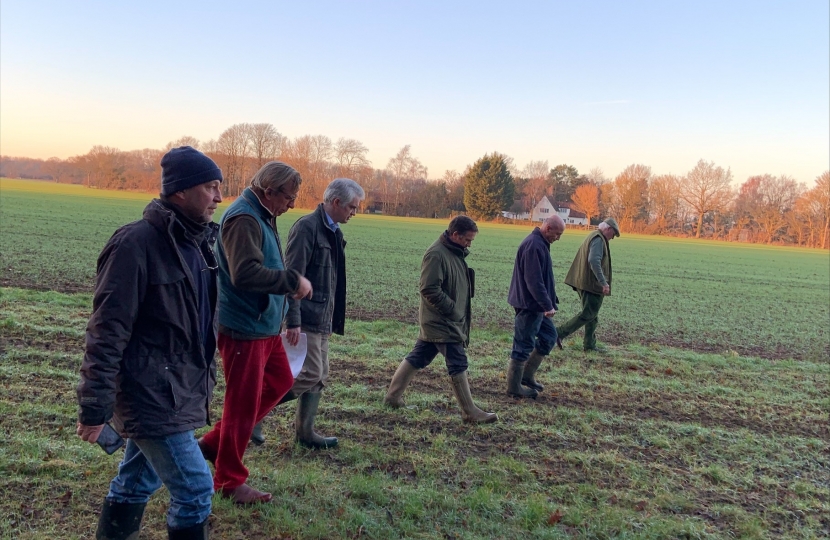 James Cartlidge MP has received a significant update on electricity network development in South Suffolk: the new pylon run announced for the area last January, running from Norwich to Tilbury but without a precisely specified route, will NOT form a third set of pylons alongside the existing ‘Bramford-Twinstead’ route. James has welcomed the news as bringing ‘relief’ to those living along the route of the Bramford-Twinstead powerline.

Following extensive communication with National Grid Electricity Transmission (NGET), James Cartlidge MP has received assurance that a proposed 400kV pylon line from Norwich to Tilbury is not expected to be an additional line along the Bramford to Twinstead powerline. The Bramford-Twinstead proposals are about to undergo formal consultation for upgrading to a double 400kV pylon transmission route. Until this point, NGET had refused to give any specificity on the actual route for where the new Norwich-Tilbury line would run, even though it is clear that the line would run to Bramford and have to head south from there somewhere. Ahead of the formal consultation stages on Bramford-Twinstead, which will open on 25th January 2022, James Cartlidge MP has repeatedly emphasised to NGET that it would not be acceptable for the public and stakeholders to consider that existing proposal without clarification on whether Norwich-Tilbury would be added to it in future. The Norwich-Tilbury line is known as ‘ATNC’ and was first announced in January 2021.

“More detail will feature in our upcoming consultation on the Bramford to Twinstead reinforcement where we would look forward to hearing further feedback on our proposals. However, I can advise that our ongoing optioneering work for reinforcement between Norwich and Tilbury is not currently indicating a tripling of the Bramford to Twinstead route.”

“I am very pleased to receive this assurance from NGET, which should bring some relief to those living in villages along the Bramford-Twinstead pylon route. It would not be reasonable to open the consultation on Bramford-Twinstead without prior knowledge on whether the ATNC route was going to be incorporated into it, as cumulative impact could not be appropriately assessed. Although there are still many unknowns about the route of ATNC, which we know will run from Norwich to Tilbury and presumably have to come through South Suffolk from Bramford at some point, this is positive news for those living near the existing Bramford-Twinstead powerlines, who have enough to deal with in the current consultation without considering even further development. I would encourage all interested parties to contribute fully to the Bramford-Twinstead consultation when it opens at the end of January.”

The attachment below demonstrates why the ATNC proposal, announced in January 2021, is directly relevant to the ongoing Bramford-Twinstead (BTNO) consultation. As the illustrative images show, the initial image on the NOA showed the ATNC route as separate from BTNO. Whereas, in a meeting with MPs on 12th March, the presentation suggested that ATNC would take a route following the same path as Bramford-Twinstead. NGET were unable to give any definitive detail on whether or not ATNC would entail a third run along the Bramford-Twinstead route:- until now. Whilst it is appreciated that such route maps are only intended to be illustrative, and not an exact mapping of any likely route, the potential cumulative impact of an additional pylon run on Bramford-Twinstead this could have indicated would have been very significant.