MPs to champion EADT's manifesto for rural communities in Westminster 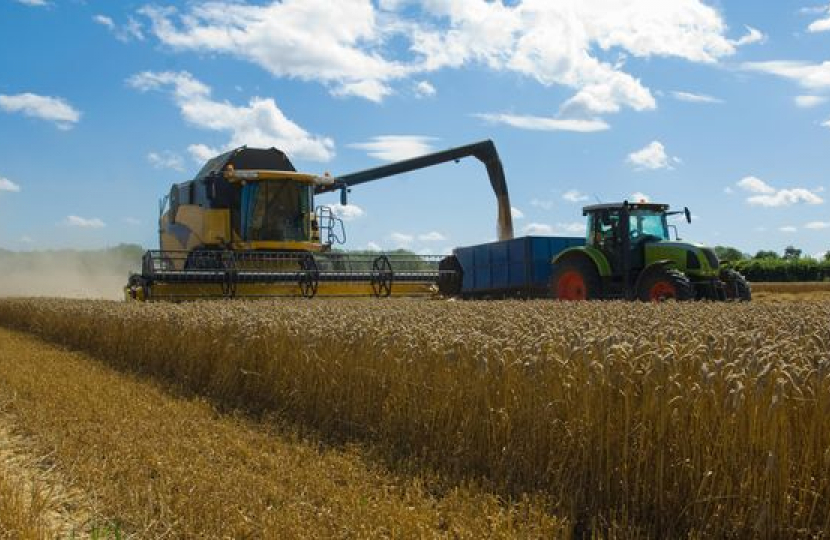 Rural areas do not get as much funding as urban environments - Credit: Getty Images/Image Source

Suffolk MPs say they will "bang the drum" in Westminster for Suffolk's rural communities, with this newspaper's set of proposals.

Last week, this newspaper published its manifesto to help rural communities survive the cost-of-living crisis – and thrive beyond it.

Now MPs say they will raise the list of demands in parliament and with cabinet ministers.

Peter Aldous and Dr Dan Poulter have both pledged to take the manifesto to the heart of government.

Waveney MP Mr Aldous confirmed he would write to Michael Gove, the secretary of state for levelling up, while Central Suffolk and North Ipswich MP Dr Poulter said he was trying to secure a debate on the issue in the houses of parliament.

Dr Poulter said: "There is a real challenge in helping civil servants from Whitehall, who may rarely have left central London, to better understand the needs of Suffolk and other rural counties.

"There are many important issues in the East Anglian Daily Times’ rural manifesto which could greatly benefit people living in Suffolk. I welcome the manifesto and I am very happy to support this important work in parliament.”

South Suffolk MP James Cartlidge sent a detailed response to this newspaper's request for comment and outlined some of the issues affecting his constituents – such as the volatility of the price of heating oil – but he did not comment on whether he would raise the manifesto directly.

Mr Cartlidge, a junior justice minister, said: "I am keenly aware of how the current cost of living pressures – largely driven by global forces – are affecting all my constituents, including those in rural areas."

A spokesman for Suffolk Coastal MP Therese Coffey said Dr Coffey was out of the country on ministerial business, but she would comment on the manifesto upon her return.

A spokesman for West Suffolk MP Matt Hancock has also promised a statement on the manifesto.

Both MP's responses will be published in this newspaper.

What are we asking for?

This newspaper's manifesto was developed with input from experts such as Janet Dwyer, professor of rural policy at the University of Gloucestershire, chiefs from the Rural Services Network and Rural England, and people working on the ground in Suffolk throughout the cost-of-living crisis.

Target help to households, not regions

In villages, millionaires can live next door to people on the bread line.

This skews data to make areas appear wealthy when some people there are struggling.

Prof Dwyer said: "The total proportion of people who are poor in rural areas is really quite significant, but they never get picked up in the statistics because they're living cheek by jowl with people on very, very high incomes."

She added: "The rural poverty trap may not show up in statistics, but there are people who are in need of support.

"Targeting financial help for people on low incomes needs to be done at the level of the individual household – not just by looking at a map."

"You can do a lot more if you are connected online, than you can if you don't have decent broadband.

"A really universal investment that would be worthwhile would be making sure that everyone in rural areas has better online access."

According to research by the Rural Services Network, this year predominantly rural areas will have around 40% less government cash to spend per head when compared to predominantly urban areas.

"The system is biased against rural and you need to accept that certain things cost more in rural areas to get the same level of provisions and that needs to be built into the calculations."

Improve transport – but not just buses

"Transport is a major issue for the quality of life for people living in rural areas," Prof Dwyer said.

"It's about thinking much more about basic provision for people in areas which don't have it now."

Prof Dwyer cited some simple improvements, such as the dualling of stretches of railway tracks as making "a huge difference to the usability of transport", but said imagination was necessary.

She said: "I think that there have to be more imaginative solutions than just the subsidised main bus services – they're useful, but they're not flexible enough, and they're not meeting people's needs enough for being able to get around."

House prices being out of kilter with the local people's wages is a concern frequently cited by people in Suffolk.

Graham Biggs, chief executive of the Rural Services Network, said the government needs to subsidise either building costs or rents to help people find a home they can afford.

He said: "We're talking here of six to 10 houses in a village. We're not talking about the need for a huge housing estate of 100-200 houses.

"We are just talking about small-scale development that would aid the population balance in rural areas."

He added: "There are no economies of scale in rural areas.

"If you are going to be only able to charge a rent which is affordable to people on local wages, then the government needs to subsidise that rent or subsidise the build cost."

Mr Biggs said: "Accessing healthcare at main hospitals, is a tremendous journey that sometimes simply cannot be made by public transport – or if it can it takes hours."