My Comments on the Route of the Sudbury Bypass 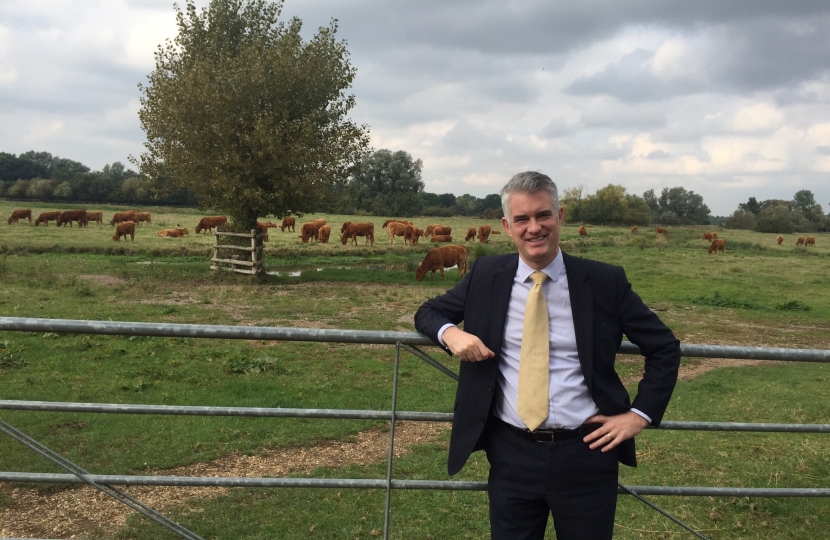 UPDATE: My comments on the route of the bypass

Since launching the Sudbury bypass petition, a number of people have asked me whether the proposed route would go through the water meadows. To be absolutely clear, the petition is to support a bypass in principle as a way of relieving Sudbury’s very significant congestion problems. There is no precise proposed route for the bypass to take at this stage.

Of course, we have a general sense that the bypass would be to the west of the town, since this is the only feasible general location, and presumably some way to the west of the old railway line. However, there is much more preparatory work to be done before actual route options could be set out. What we can say for certain is that every effort would be made to reduce the environmental impact of the bypass, and that any route would have to be acceptable with all considerations taken into account. I would therefore reassure people who are inclined to support a bypass that signing the petition is an indication of support ‘in principle’; it does not mean that you are endorsing any precise route and were we to reach the stage of finalising such details, the usual planning process would apply where residents could express their views for or against specific proposed routes (irrespective of whether they signed the petition). It should also be remembered that the bypass offers considerable environmental benefits, offering a unique chance to reduce pollution levels on local roads – e.g. Cross Street – and giving greater protection to the historic built environment of Sudbury.

Ultimately, it would be impossible to build a bypass taking significant traffic out of Sudbury without encroaching on countryside to some degree. Overall, I believe with sufficient expertise and common sense there is the potential to deliver this project in a way that is as sympathetic as possible to our natural surroundings whilst delivering many significant wider benefits to the town. As always, it is about striking a balance.

In an ideal world we would have this discussion having every detail at our disposal; and that we would know quickly and instantly if we were to get funding; and we would know from the outset the precise route. In this ideal world, we could both build the bypass and completely avoid any encroachment on the countryside. However, we are seeking a practical solution that can be delivered in the real world and within the unavoidably 'stage by stage' process it inevitably involves. Securing funding is by no means certain but for reasons previously set out we will probably not have a better chance for some time. I therefore hope that as many of you as possible will sign the petition and support this positive step.

There is no specific proposed route for a bypass at this stage. As we have seen with the A120 campaign, it is standard practice to debate the principle of a road scheme before the complex and costly work of proposing specific route options is finalised. What I can say is that nobody is proposing a bypass to harm Sudbury, the purpose is to improve our town and its quality of life. Thus, any proposed scheme would have to include strong environmental mitigation measures, and would need to be as sympathetic as possible to our natural heritage, not least the water meadows. It would be hard to argue that either the Long Melford bypass or Hadleigh bypass somehow ‘destroyed’ the local countryside, but they have both had a huge impact in cutting nearby congestion.

One of the key points made by opponents is that we don’t need a bypass because there are other measures that can be taken, such as a 20 mph zone, better public transport and – most significantly, moving the strategic lorry route away from Sudbury. I am not convinced by the 20mph zone because traffic is generally gridlocked and when free flowing needs to stay that way, but whatever one thinks of such a measure, it would not in itself make a difference to the volume of traffic, particularly HGVs. The same is true of investing in public transport. There is of course a strong case for supporting public transport and as Suffolk MPs we have successfully campaigned for a new Greater Anglian franchise that for the first time in decades will see new rolling stock and better connectivity operating from Sudbury rail station. Nevertheless, again, such changes would not impact on the movement of HGVs. On the proposal to move the strategic lorry route, does anyone seriously think I would support a bypass if I thought that there was some easy alternative way to move lorries from Sudbury? In reality, where would we move the strategic lorry route to? Lorries cannot vanish; if they do not pound through our streets they will have to do so elsewhere, upsetting communities unlikely to welcome such a move – to say the least. I fully respect the view of those who oppose any bypass in principle, but it’s stretching matters to do so because of the pretence that a magic wand is at hand that can solve the problem without making any difficult choices.

One of the concerns that has been raised about a potential bypass is the idea that building a bypass would reduce the number of visitors coming into our town to do their shopping. I do not believe that this would be the case, since the bypass targets vehicles driving through the town, not driving to visit it. On the contrary, by moving 60% of the current HGVs out of the centre of the town (as estimated in Suffolk County Council’s initial business plan), I believe that we will be able to develop a more attractive and ultimately prosperous local economy. A congested Sudbury town centre will not be as attractive to visitors as one with more sustainable traffic levels, and in that context we should remember the huge investment going into Gainsborough’s House which would surely benefit from being spared such constant congestion in its vicinity. Additionally, a bypass would allow us to further support our fantastic businesses in the industrial park. Many underestimate the strength of Sudbury’s industrial sector, even taking into account developments at Delphi, but no one doubts the negative impact on those enterprises from having to get their goods through a congested market town.

As with the potential route, it is also impossible to say definitively what development would result from a bypass. However, we do have some real examples to indicate possiblities. Neither the Long Melford bypass or the Hadleigh one is notable for being lined with housing estates and factories. On the contrary, they have spared the avoided adjoining settlement from a far greater degree of congestion, spurring development in the nearby town rather than immediately adjacent in a way that would damage the rural setting. The fact is, with ALL major parties (including the Greens) supporting more housebuilding at a national level it is more likely that without a bypass we would still get extra housing in Sudbury but without the infrastructure to cope, such is the pressure of forecast housing demand growth. Overall, we are very fortunate to live in a beautiful county without a major motorway that has been spared some of the over-development seen in other localities. However, there is a always a balance to strike and I am determined that a bypass would do that, supporting our town by cutting congestion and pollution, and strengthening economy and quality of life.

I wanted to respond to some of the points that have been raised about a proposed Sudbury bypass, as advocated by my Parliamentary petition. There are four points that I would like to address that can be found in the FAQ's section of this page.