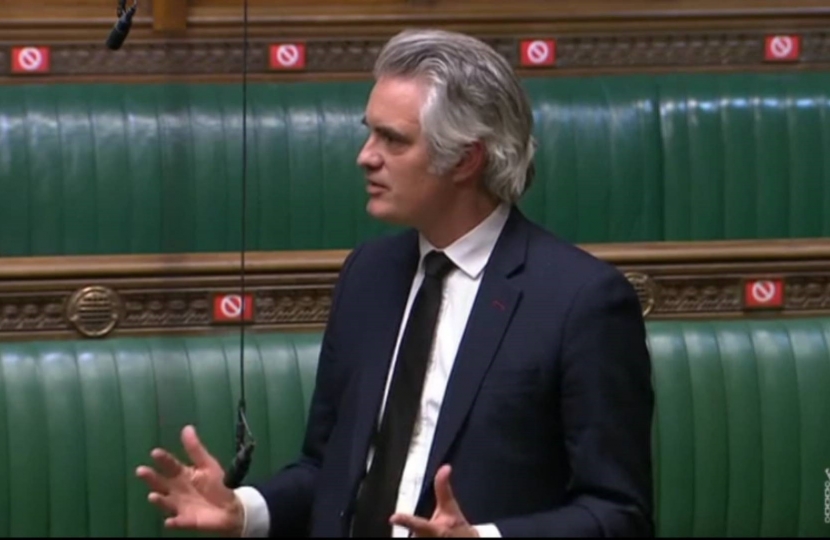 We returned to Parliament on Monday, a day earlier than expected, amidst an atmosphere of quite extraordinarily mixed emotions. On the one hand, it was incredibly heartening to know that South Suffolk businesses that had been shut for weeks would again be reopening their doors, rekindled with their essential lifeblood of commercial activity. And yet, it was also the first time that I entered the Palace of Westminster wearing a black tie, as a mark of respect for the passing of HRH The Prince Philip, Duke of Edinburgh.

It’s fair to say the Commons has moods. I’ve known days of drama, notably when the House was packed out following the Russian Salisbury attack; days of division and despair, as was too often the sense during the Brexit logjam; and then throughout the pandemic, months on end of a largely lifeless Chamber and estate, most MPs participating remotely via the internet, almost all support staff working from home.

Yet on Monday the mood was something unique in my experience to date: the Commons in formal mourning, its entire debating output for the day united in respect for the death of a very great Briton. With limits on the number of MPs who can attend the Chamber under Covid rules, I watched the Prime Minister open proceedings from what would usually be the public gallery. We heard excellent speeches from the leaders of the main Opposition Parties, and the day was marked by a real sense of unity in tribute. One speech that I found particularly noteworthy, and which I referred to when I finally rose to make my contribution, was that of our former Prime Minister Theresa May. I felt she encapsulated the essence of the Duke of Edinburgh’s core resonance with so many – he had the skills to achieve whatever he wanted in life, but sacrificed the opportunity for ‘private’ success to devote his life to public duty, serving Her Majesty the Queen and ultimately our nation.

I was the 88th speaker to participate (out of 136) and I reflected on how future generations will remember Prince Philip. It is my sincere belief that decades from now the Duke of Edinburgh will be fondly recalled because his life most singularly encapsulated the timeless principle of public service. Of course, on behalf of my constituents in South Suffolk, I also passed on my condolences to Her Majesty the Queen and the Royal Family.

I suspect it would have rather tickled the Duke to know that the day Parliament was recalled to mark his passing would also be the day pubs were allowed to reopen. I had a table booked in one of our fine local pubs for the evening of reopening; but had to leave it to the family to enjoy as I instead joined my colleagues in paying their respects. I sincerely hope that our pubs, sports clubs, retailers, gyms, and businesses in general, can now start to look forward to better times. There are encouraging signs that economic prospects are more positive than we might have hoped, but that will naturally depend on the degree to which we are able to maintain efforts to reopen.

As always, it has to be stressed that this reopening has been made possible largely because of lockdown. As the vaccine delivery moves into my age group (over 45s), it’s the herculean effort to jab the nation which will need to start delivering protection, rather than measures to keep us apart. However, for the time being, following the latest rules remains crucial.