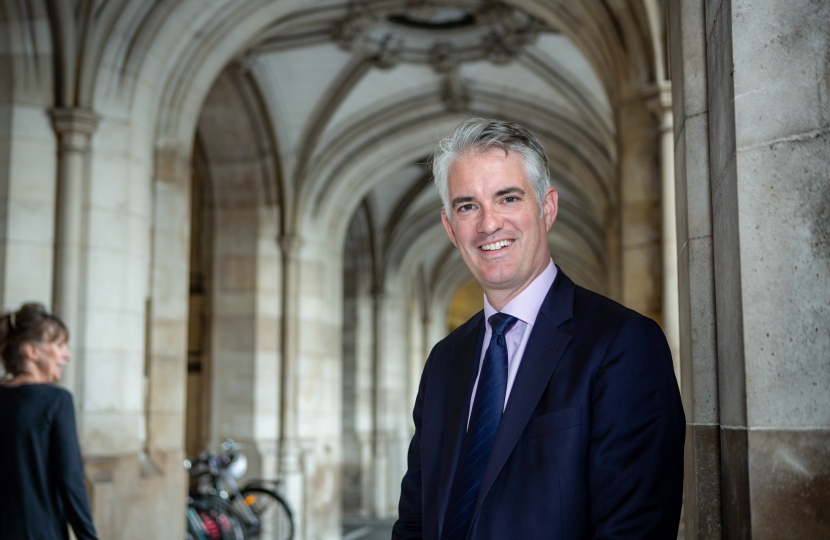 This time a year ago I was preparing to be sworn in for the third time in four years as the MP for South Suffolk, having had the great privilege to be returned again at the General Election on 12th December 2019. I thought that the months leading to that election represented extraordinary times in politics. Little did any of us know what was awaiting around the corner in the form of the Coronavirus pandemic.

Of course, Covid has not gone away; we remain in a very challenging situation, with Essex villages just walking distance from the southern border of the constituency now in the toughest tier 3 rules. We must prepare for things to get worse before they get better, whilst remaining optimistic because of the brilliance of our scientists in bringing forward viable vaccines. But at the adjunct of an electoral anniversary, I do feel it important to look at some of the promises I made in my election address, my personal manifesto delivered to every house in South Suffolk just over a year ago. I’m pleased to say that despite the terrible impact of all-consuming Covid, I’ve still been able to work with Parliamentary and local Government colleagues, public service leaders, other key stakeholders and – above all – local constituents, to make real progress.

The first priority listed on my election address was to campaign for a complete rebuild of West Suffolk hospital. The Prime Minister promised forty new hospitals at the election and I was hopeful that we could make the case for WSH to be a contender. In fact, not only did WSH make the cut in October, being announced as one of the forty, but only last week the hospital confirmed that they had chosen the Hardwick Manor site as its new preferred location, enabling it both to move its core to new premises whilst retaining key parts of the existing faculty (e.g. the education centre).

I also promised to ensure that our county saw its fair share of new police officers, following the Prime Minister’s pledge to deliver thousands of new police nationwide. I’m pleased to confirm that Suffolk will see 54 new officers in post by next March. I also promised to campaign for the Government’s next Road Investment Spending (RIS) round to include the Copdock Interchange, important to this constituency and the wider region, being the crucial junction of our key arteries the A12 and A14. I was delighted in the spring when it was indeed confirmed that Copdock will now enter the RIS pipeline, meaning the interchange will be subject to the detailed assessment and development work necessary to move it to the stage of actually being built out in the years ahead.

Finally, as the UK heads towards the very great ambition of Net Zero, I promised to be a champion for our region’s offshore wind sector. In particular, with East Anglian colleagues, I’ve campaigned for the Government to put in place a more coordinated approach to new wind farms, so that we can reduce the threat over the long term of more and more infrastructure despoiling our coast and countryside. Only this week the Government’s new Energy White Paper committed to this very course of action as a priority. After all, the move to an offshore grid will not only reduce environmental harm but save consumers £6bn.

So there is much to be positive about, but these remain very challenging times and we must all continue to do our bit and follow the rules. May I take this opportunity to wish you all a Merry Christmas and more optimistic new year!