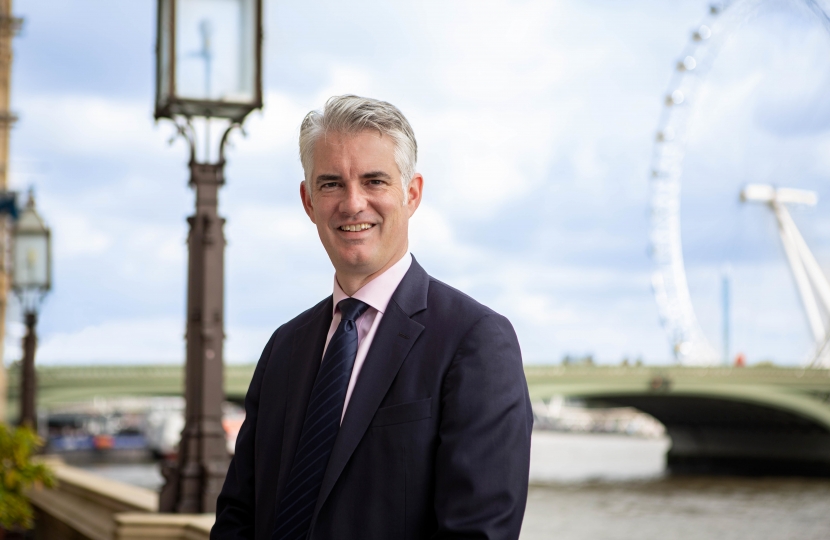 Voting for the UK to return to a national lockdown earlier this month was one of the hardest choices I have ever had to make as an MP. I know only too well from my casework in the last lockdown how there are wider consequences from such a drastic step that can be as serious for the affected individuals as the impact of a Covid outbreak. Nevertheless, it is hard for a Prime Minister to ignore hard data (not theoretical modelling) showing hospital admissions rising sharply, with warnings from the country’s top scientists of exponential growth without action. In some European countries hospitals really are being overwhelmed and – very reluctantly - the Government took the view, supported overwhelmingly by MPs of all parties, that we should proceed with another lockdown.

I found much to agree with in the many emails I received from constituents urging me to vote against a national lockdown, not least the potential impact on the economy. Of course, one point made by several who corresponded was that we had such a low rate locally and should not be bandied in with areas of England with far higher levels of infection. It’s certainly true that only a few weeks ago the Babergh district had one of the lowest rates of infection anywhere in the country, and it is my hope that we will be able to return to regional rules next month.

Yet when we were shown the hospital data by regional scientists and clinical leaders, at the time of the lockdown vote, we were also warned that our numbers would inevitably rise. In recent days the Babergh district has unfortunately seen a very sharp spike in Covid cases, driven in particular by a localised outbreak in Hadleigh. This shows that the infection remains rife, and continues to be highly contagious, and that the most important thing for us all to do is to follow the rules with maximum vigilance – maintaining social distancing, washing hands but also avoiding visiting the homes of others. We have no choice in this.

We’ve now been in some form of Covid lockdown for months. I know people are weary of these impositions. But we always knew that there was no easy answer, and that we had to relentlessly suppress infection (primarily through social distancing) until a vaccine came into production. The very good news is that we have now seen significant progress towards such an outcome, holding out the tantalising prospect of a ‘return to normal’ at some point next year.

Whilst my neighbour Matt Hancock, the Health Secretary has been right to manage expectations till we actually deploy a vaccine in practice, it was a huge boost to our hopes for the future when Pfizer and Moderna confirmed their respective propositions both had clinical ‘efficacy’ of 90 odd percent, without significant negative side effects to date. In the case of the Moderna vaccine, this holds promise for the UK’s Oxford version since both use a similar technique to generate an immune response.

We mustn’t forget that testing remains critical to the Covid fight even if a safe and successful vaccine comes forward. Here we have also had good news, with significant improvements in the areas of both capacity and speed of result. So called ‘lateral flow tests’ have been successfully trialled on a mass distribution basis in Liverpool and scientific findings show such tests – offering breakthrough speed of result turnaround in under half an hour – are “highly reliable, sensitive and accurate in multiple settings”. Coronavirus remains a very tough challenge, but with more glimmers of genuine hope emerging through the gloom.