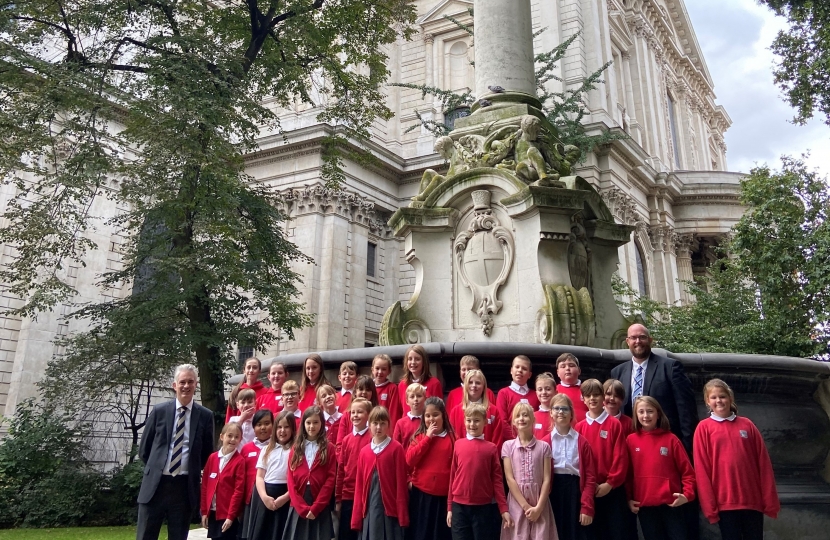 A month on from my promotion to a Ministerial position in the Ministry of Justice, and spanning a time primarily with the House not sitting due to the party conference season, this Monday past I had been expecting to deliver my first Commons speech at the despatch box. This would have been for the Judicial Review and Courts Bill. Alas, preparations were stilled last Friday as the terrible, tragic news came through about my wonderful colleague, Sir David Amess.

Instead, on Monday usual business was suspended and we sat in mourning. I listened on in black tie as fellow MPs on all sides – from Sir David’s close friend Mark Francois to the Labour leader Sir Keir Starmer – delivered a host of excellent, well-judged tributes that showed Parliament at its best; and a Commons that would not be cowed. In the evening we attended a beautiful and moving service of remembrance at St Margaret’s, our Parliamentary ‘parish’ church.

The word that most springs to mind is ‘senselessness’. The killing of Sir David seems so utterly, completely futile. But in my view the last thing we should do as MPs in response is shut up shop. Yes, we must review the way we operate in terms of public meetings, including our constituency surgeries. I had already been holding such meetings online due to the pandemic and believe that there will always be constituents for whom that is most convenient, but I will certainly be continuing face to face sessions.

Of course, I am also an employer with staff to support me and we are working through what changes might be made in light of events. It’s surely right at a national level to look what more can be done on the security side. I would also stress that everyone has a part to play. Even after Sir David’s untimely death the hateful messages have continued. Society needs to reflect too, not just its leaders. That said, the distorting tirade of abuse that those in public life are frequently subject to – particularly online – reflects a bitter minority in my view, and I’ve been overwhelmed by messages of condolence from so many people in South Suffolk, supporters of all parties or none.

The other part of our response is getting on with the job. I’ve been out and about in my position as Courts’ Minister, visiting Crown and Magistrates courts in Manchester, Birmingham and London. Meanwhile, remembering how Sir David was first and foremost a brilliant constituency champion, I’ve continued with school visits to Pot Kiln Primary in Cornard and Holbrook Academy, and very much enjoyed meeting pupils from the choir of St Gregory Primary in Sudbury, after their extraordinary performance at St Paul’s Cathedral.

This week also saw the publication of the ‘Resilient Recovery’ report from the South Suffolk Taskforce, which I chair and which has been looking at what more can be done to boost our local economy. The main conclusion is one of optimism – this part of the world has so much going for it if we make the most of the assets we have. For example, we want to do more to leverage South Suffolk’s amazing internationally-recognised artistic heritage to benefit our visitor economy and local retail – assets like Gainsborough’s House; Constable Country; and revitalised Benton End in Hadleigh, former home of Cedric Morris and the East Anglian School of Drawing and Painting where Maggie Hamblin and other well-known artists were trained.

As we mourn in the wake of a dark day for democracy, let us not forget the positive power of politics to harness local energy for the common good.