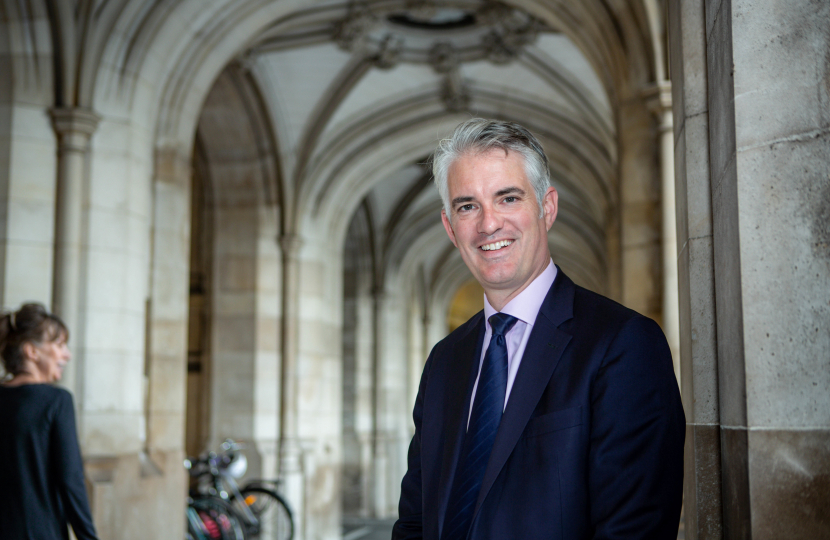 When I had the great privilege of first being elected the Member of Parliament for South Suffolk, back in May 2015, by far my most common constituency mailbag issue was broadband connectivity (or lack of it, to be precise). The concerns of rail commuters were also a fairly frequent cause for concern. Although the most common lament of those struggling to get to work on our trains, at that time, was the service in general – with my constituents paying thousands of pounds for long and unreliable journey times in old, packed-out rolling stock - the epitome of frustration came when the Sudbury-Marks Tey branch was closed because of ‘leaves on the line’. This was, after all, before our fantastic new mulch-resistant rolling stock had been introduced.

In that pre-Covid context of mass mobilisation in and out of London every working day, the news of extensive strike action on the railways would have presented fundamental problems to many people – and the disruption caused by 3 every-other-day strikes next week will still be significant. For those of us who still have to travel physically into work outside our own locality, we will have to seek out alternatives to the train that are likely to be busy, especially where the roads are concerned.

And yet, in one way we are far better placed to weather such disruption. Inevitably, not every single household in South Suffolk is fully equipped with superfast broadband, but connectivity is now far and wide. We also have much better mobile signal across the patch, something that was a particular campaign cause back in my early days as your MP. In the recent London tube strike, it was clear that many commuters chose to work from home. I myself still had to come to the capital and found the Greater Anglia train to Liverpool Street sparsely populated at peak time.

I had planned to walk from the City to Westminster, but whilst all the tube lines were more or less closed, was delighted to find my way into central London via the brand new Elizabeth Line. Officially launched by Her Majesty the Queen back on 24th May, days before her wonderful Platinum Jubilee celebrations, the line is impressive to behold with spacious, comfortable trains. I had expected a huge wait for a train, given the huge queues of people waiting at Liverpool Street, but their capacity is so great – with platforms that seem longer than your average tube – that I was able to get a seat on the first service that drew up. Six minutes later I had zipped smoothly to Tottenham Court Road, facing a far shorter walk to work than expected.

The point is that the pandemic has given us new resilience. A growing trend for homeworking was emerging before lockdown hit, but with enforced time at home, millions more took to Teams and Zoom, connecting virtually with their work colleagues. Admittedly, I myself continued to travel in throughout the pandemic – often with just myself and the driver on the train – but I welcome our new found resilience that will enable us to deal with the strikes far better than if we all could only work from our traditional workplace.

And, of course, those largely empty trains were not free. In fact, we spent £16bn of public money keeping the trains going through the pandemic. That is the equivalent of £600 for every household. I respect the fact that any workforce must ultimately have the right to withdraw its labour, but with 25% fewer ticket sales than pre-pandemic, and travelling habits completely transformed, it’s clear that change has to happen one way or another. It’s hard to think that such major strike action will endear more people to train travel, and more will find permanent alternative plans.

Going back to my earlier times in Parliament, my first ever adjournment debate – when the subject is determined by the individual MP concerned – was on Part-Time Rail season tickets. In my pre-political career, I had run a business where every member of staff worked from home by default, though we would hire ‘flexible’ offices from time to time, especially to train new members of staff.

I thought then that flexible working was a positive for my staff, and I personally very much welcome the new trend towards achieving a work/life balance. This doesn’t remove the need for railways, and many will still perform best at a traditional work desk 9-5, but times have undoubtedly changed - and the rail unions would do well to recognise that.