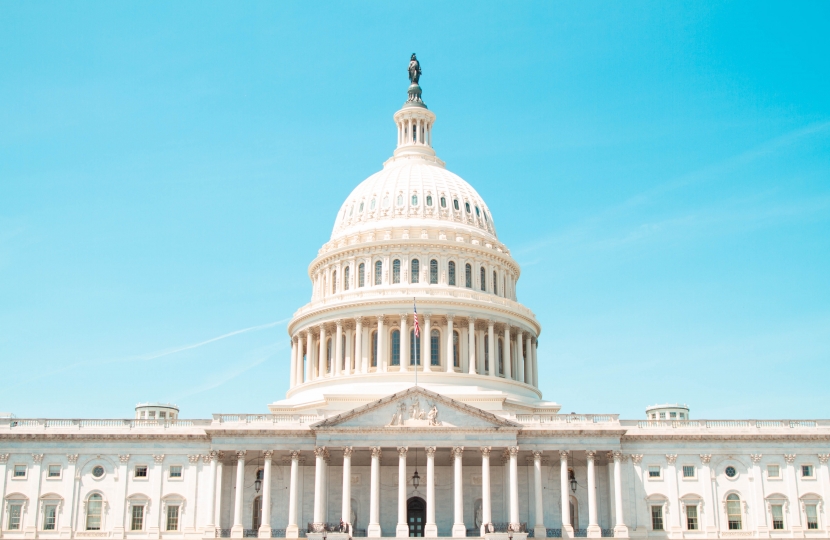 Amid the recent scenes of chaos as thugs descended on the legislature of our closest ally, the United States, one thought came to my mind: the chilling memory of when our own Parliament was under attack. As I saw on TV terrified Congressmen huddled in their offices, it triggered powerful feelings of both sympathy and empathy.

When PC Palmer was murdered by terrorists in 2017 my senior staffer was taking the brilliant team of Lavenham Butchers on a tour of the Commons, after they had been up for a well deserved award; she managed to rush them into a nearby function room for safety. I was up in Members’ Lobby, which adjoins the main chamber, in ‘lockdown’ (a word we were not so familiar with then). Suddenly one of the main doors to the lobby burst open and I thought ‘we’re done for’ – but in fact a burly armed policeman had been responsible and we finally discovered that no terrorists remained on the estate.

Yet there was a huge difference between that attack and the one on Capitol Hill. Those responsible had not been whipped up to act in that barbaric fashion by the Head of State. I cannot stress how raw my anger was at seeing cowering Congressmen sharing that emotion I had of not knowing if the hours ahead would be your last, and all at the behest of an elected politician meant to be leading the world’s greatest democratic nation, with all the responsibility, probity and basic good grace that requires.

To be clear, I always defended the importance of this nation holding the closest possible relations with President Trump. Despite my doubts about personal characteristics – not least his trigger happy tweeting – when we debated in the Commons about whether he should have a state visit, I was in no doubt, and would say the same today, that we must always respect the fact that the leader of the US is chosen by its people and it is in our national interest to work closely with whomsoever they put in post.

Nevertheless, I am relieved that this week we finally complete the transition to a new President. In whipping up a mob to attack Congress, Donald Trump managed to uniquely combine the disdain for democracy of a dictator with the childishness of a very bad loser. Whereas, when I was PPS to former Foreign Secretary Jeremy Hunt I once attended a conference where Jo Biden was the main guest. On that occasion I was struck by how he seemed to me to combine the essential spirit of gravitas, optimism and frank realism that I always thought was embodied in each and every US President, regardless of Party.

I cannot overstate the importance of this moment. The world faces monumental challenges. Of course Covid is top of the pile. We can be proud of our vaccination record nationally, though I appreciate there are clearly variations in local delivery that urgently need addressing. But we will get there; we will get through this crisis, and despite the harrowing death figures with all the tragedy that implies for individual families, if we stick to the rules the infection rate will – touch wood – continue to fall.

Yet there are other global challenges that will only become more pressing: the rise of China; climate change; Russian aggression and the future of NATO. On all these matters we need to work closely with the US, and that will be aided and abetted to no end by having a President whom I sincerely hope will once again stand for all that is best about America.

Several Suffolk MPs have gone on record to show their support of teachers being prioritised in the next round of vaccinations - Credit: Archant