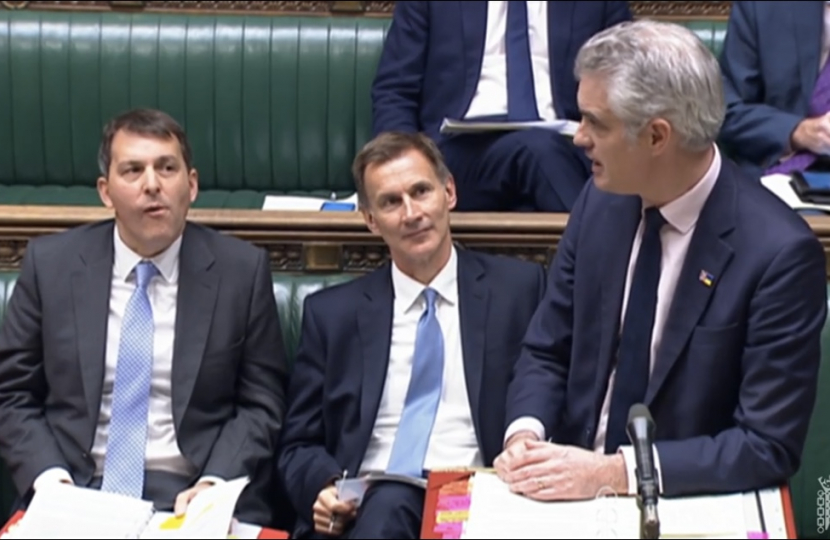 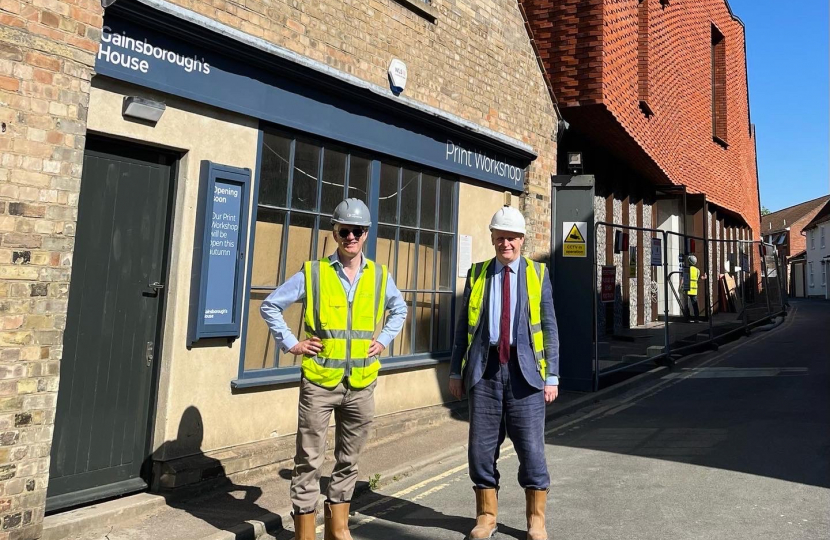 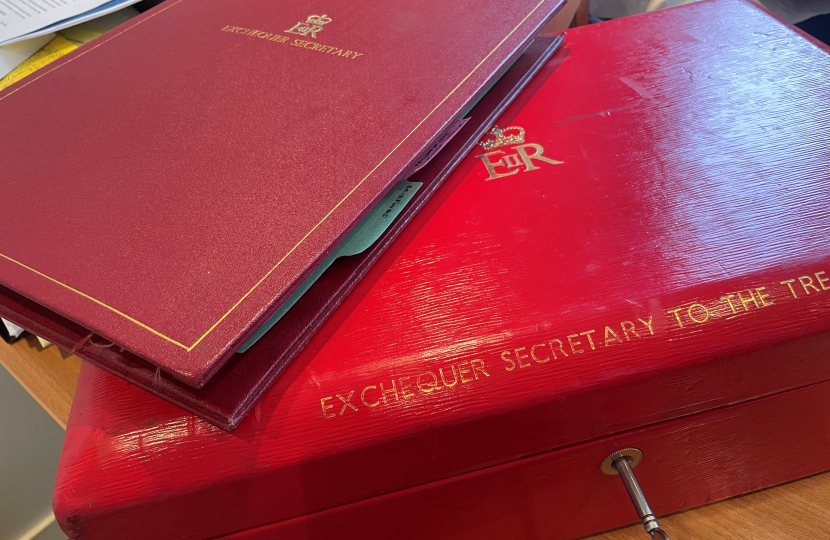 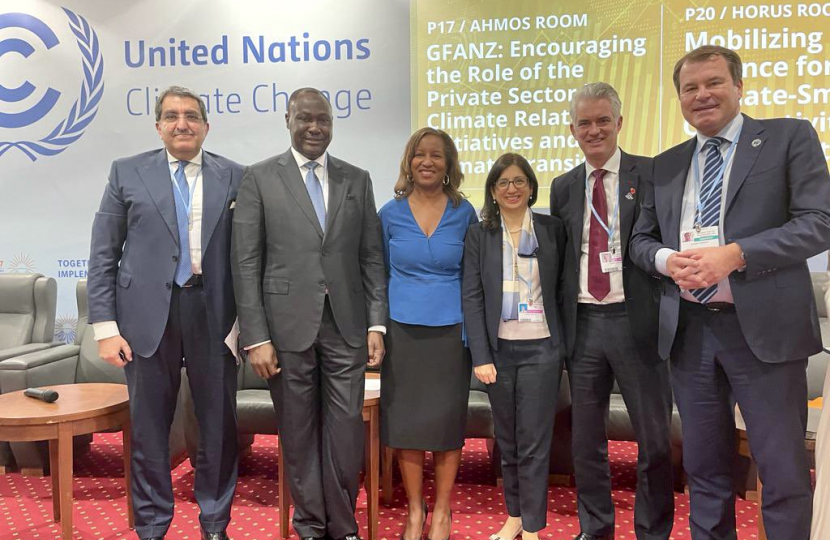 "This has been a really tough period to govern, really tough, and tough times come with turbulence, unfortunately."

These are the words of South Suffolk Conservative MP James Cartlidge who has reflected on the upheaval of the last year in UK politics which saw more than 50 ministerial resignations, three prime ministers, one of which lasted just 44 days, rising inflation and a cost of living crisis.

Having held his seat since 2015, this was a year unlike anything James has seen before which saw him hand in his resignation from Boris Johnson's government in July, only to be appointed as Exchequer Secretary to the Treasury under Rishi Sunak in October.

“It was turbulent, there is no point in denying that," James told SuffolkNews.

"It was a period of quite extraordinary events in politics that we may not see again, and I sincerely hope we don’t see again, for a long time.

"It started obviously in July with multiple ministerial resignations and then the resignation of prime minister Boris Johnson, and that included my resignation as a minister.

"I had been a criminal justice minister and very much enjoyed that job, and I tried to stay in post because I was dealing with a crisis in the criminal courts, particularly the crown court, but ultimately felt it had become untenable and in the end as you know prime minister Boris Johnson resigned," he added.

A leadership election culminated in the appointment of Liz Truss, who won with a strong majority, but whose economic policies James said he had always had worries about.

"I did say in the summer that I was worried about some of the economic policies being suggested and we did then have unfortunately an adverse market reaction to the unfunded borrowing commitments.

"But I think there is no point in dwelling on that. What happened, happened. Jeremy Hunt was appointed as chancellor and he quickly stabilised things and actually, where we stand today, most of the negative market effect from that economic period has passed.

"I think we’re in a much more positive place as a country and I am very proud to have joined the government of Rishi Sunak as a treasury minister," he added.

But the latest opinion polls show the Labour Party is currenty leading in the public's favour, while the Conservatives come in some 15 to 26 percentage points behind.

“If opinion polls are to be believed then clearly we have more political challenges than we did at the beginning of the year," said James.

"I hope that in that time we can use the platform of stability that we’ve delivered with Jeremy Hunt as chancellor and Rishi Sunak as prime minister and again win back the trust of the British people," he added.

James said price rises are a global problem, with the world still reeling from pandemic lockdowns and the start of Putin's invasion of the Ukraine adding to rising inflation.

And his South Suffolk constituency is not immune to these issues. James has acknowledged the worries of the people living in his area, particularly businesses, who are forced to pay for expensive energy as the colder months arrive.

He said he is proud of the government response, which includes a £200 payment for heating oil that will benefit many of his constituents, and added that he is committed to energy investment in 2023 in a bid to keep the country secure and self-sufficient in the future.

“The positive is that in all crises there are opportunities," he said.

"The fact that Russia has invaded Ukraine and has behaved so aggressively with energy has really enforced the point that I’ve always believed that we have to have energy security and not rely on nations we can’t trust.

"I hope the positive impact of this is that we have much more innovation and investment in not just renewables but north sea oils and gas, because we will still need them in the transition to net zero, and other forms of energy like fusion and like floating offshore wind."

Throughout 2022, James has campaigned against National Grid plans for pylons from Norwich to Tilbury, passing through the South Suffolk district, as he believes they should be placed under the sea in an offshore grid.

“We want to see more ambition for East Anglia - there is huge investment in offshore cabling around Scotland and Yorkshire and we want the same," he said.

"We’ve put together a group of MPs that are putting pressure on the government so that hopefully we can get them to consider more seriously the offshore option.”

And when it comes to recent strike action, James said: "The reason why people are striking is because they want higher wages to cover the cost of living. The reason why energy prices have gone up so much is ultimately because of the invasion of Ukraine.

"It is not something the government has deliberately engineered and governments around the world are having to struggle with the consequences of that invasion and the rising energy prices."

In the new year, James hopes the local economy will grow, boosted by visitor attractions such as the new Gainsborough's House gallery in Sudbury and other locations throughout the district.

"My priority locally is to ensure that we have a strong local economy because ultimately that is the best way to ensure people can afford the cost of living.

"I want to really be that local MP who is proud to shout out loud and proud about their constituency and its benefits.

"I think we have this amazing story to tell as an area to attract visitors, to attract people to come to our shops and help them weather the tough economic times.

"My message to constituents is that these are difficult times but if we all stand together and we work hard there is still no limit to what we can achieve and I think next year can still be really positive.

"We can’t guarantee that inflation will fall but we are doing everything possible to try and make that happen and hopefully at some point in the coming months we will see the cost of living pressures start to ease," he added.

Published by Suffolk News and in the Suffolk Free Press.