My Thoughts on a 'People's Vote' 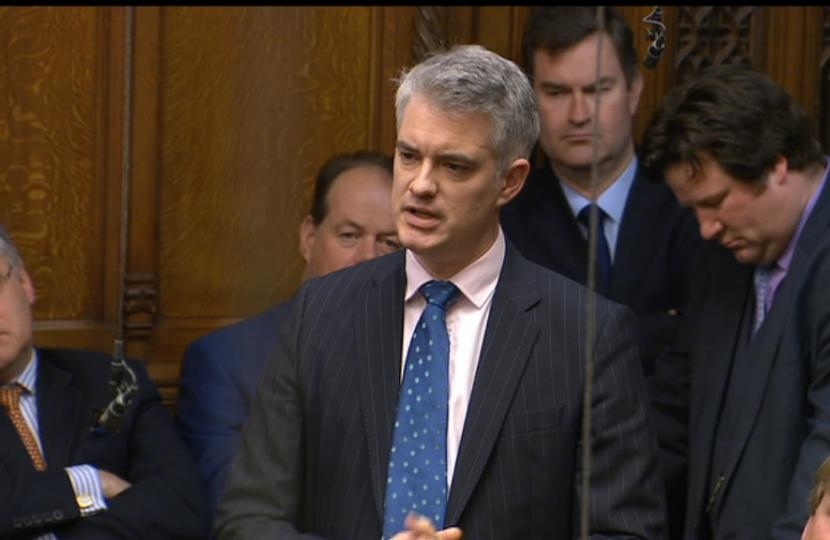 I have recently received a large number of emails and social media messages encouraging me to support a so called ‘people’s vote’ or second referendum. Others, most notably William Hague, have already set out what I see as very strong arguments against re-running the Brexit vote. That said, I wanted to set out my own personal reasons why I would oppose such a move.

The most important reason is that such an option is not a policy, but the deferment of one. It implies that as a country we should give up on seeking a new relationship with our European partners through a negotiated settlement, even though I am 100% convinced that the most popular option when we asked the question was not leave or remain, but a reformed relationship which is inevitably something of a compromise between the two. Unfortunately, David Cameron’s reform package agreed prior to the referendum itself commanded little enthusiasm and even if it had achieved more widespread changes in our relationship, would always have been vulnerable to the more emotive pull of those shouting for complete rupture.

I sincerely believe, not for reasons of the ‘party line’ but of principle, that the type of semi-detached deal we are most likely to achieve would actually be a very good outcome. This is on the proviso that it comes with strong economic ties that are not sacrificed for the illusion of a pure sovereignty that no nation of our size could truly enjoy in the post-war, post-imperial globalised era. We are not strong enough to act entirely alone without sharing a shred of sovereignty, but we can be strong and sovereign if we get the balance right of trading off some powers for the sake of prosperity. After all, it is still the case that a country’s ultimate power in the proper sense comes from their wallet, and that in turn requires trade links that support sustainable growth. This applies both to the huge EU market on our doorstep and to markets further afield which offer the chance for trade deals and greater export penetration. But those trade deals will require us to accept some of the rules of trading in those new markets; the same is true if we want to maximise our trade with the European Union.

This may point towards a ‘fudge’, or a softer Brexit, but let’s be clear: a ‘hard’ Brexit is not ‘hard’ in the sense of Muhammad Ali or Bruce Lee. It’s hard as in difficult, challenging, not easy. A ‘soft’ Brexit is not a wimp’s option, but one that is less painful, less damaging; like a soft landing as opposed to a hard landing. And such a fudge, we hear from both hard Brexiteers and those supporting a second referendum, ‘pleases no one’. But it is impossible to square the total dichotomy of views that exist in our divided country. A second referendum campaign would reignite and reboot all those divisions to an even more debilitating degree.

Indeed, for every message I receive imploring me to back a ‘people’s vote’, I have as many demanding I support a full-blooded Brexit with total power back to the UK Parliament without compromise and without recognition of economic reality. A second vote would not bridge this gulf, it would be an incendiary accelerant of all its nastiest trolling, vitriolic manifestations. Instead, we should search for compromise and consensus to secure that semi-detached deal that I believe will in the long term secure our prosperity.

Of course, it is true that I campaigned to Remain in the original referendum and I did so without ambiguity. I made my case but that case was lost. Many now calling for a second referendum did not campaign in that initial plebiscite. Perhaps they were too complacent; I personally always believed leave would win, even though I made the argument to stay. But that is now done and dusted. We have had a ‘people’s vote’. The people voted to leave.

And this brings me to what is a key point: the campaign for a second referendum is simply a campaign to Remain in the EU. I have not met a single supporter of the 2nd vote who voted to leave or thinks we should leave. But what is the policy? If we held a second vote and voted to Remain, on what terms? And what if we voted to leave again, as I believe is eminently possible? We would have lost valuable negotiating time only to be back at square one.

Finally, there is democracy. I voted for the original referendum along with 543 of my colleagues, one of the largest majorities in recent Parliamentary history. I did so out of a sincere belief that the UK could not go on as before, unable to decide its future, ‘half in and half out’ if not in institutional arrangements, nevertheless in psychology, with the EU blamed for all our ills. For better or worse I felt we had to make our mind up. The country was asked and it made its mind up with one of the highest ever electoral turnouts.

Along with my colleagues I said I would respect the result of that referendum. To ask for a second referendum would be to completely disrespect that result; it would be to say to those who voted the first time ‘you were wrong, have another go and try and get the right answer’.

And what would the question be? Remain or No Deal, some have suggested. It is amazing that those who, like me, have the gravest trepidation about the potential impact of no deal would be prepared to gamble on asking the country whether to endorse it. The truth is a Government cannot propose a referendum where you are asking the country to pick two options, one of which you know will be damaging. We may end up with no deal, and the country must be prepared for it, but I sincerely hope we do not finish in that position. But to ask the country to endorse ‘no deal’ would be illogical. Nobody could guarantee the outcome and there is absolutely no guarantee the country would not vote for the hardest possible Brexit, given the unpredictability of votes today.

My conclusion is that if people want the UK to ignore the referendum we have held, with all the upheaval just one such vote has entailed, they need to be more explicit and explain why we should in fact remain in the EU. Above all, they should explain on what terms they would wish to remain. I cannot help but think the very act of remaining would be humiliating, never mind the way it would undermine faith in democracy to an existential extent.

Whereas, remembering that politics requires policy, not just the passing of bucks all the time, I sincerely believe that if we obtain a deep and comprehensive trade deal with the EU we will not look back in ten years time and say ‘if only we were back in the EU’. Such a deal will be seismic in complexity and therefore require a lengthy transition to adjust to new arrangements. But if we get it right, we can finally find the post-war role of being a more globally focused Britain, yet one which retains strong trade links with the continent, that is, I believe, our destiny and a basis for success in the years ahead.