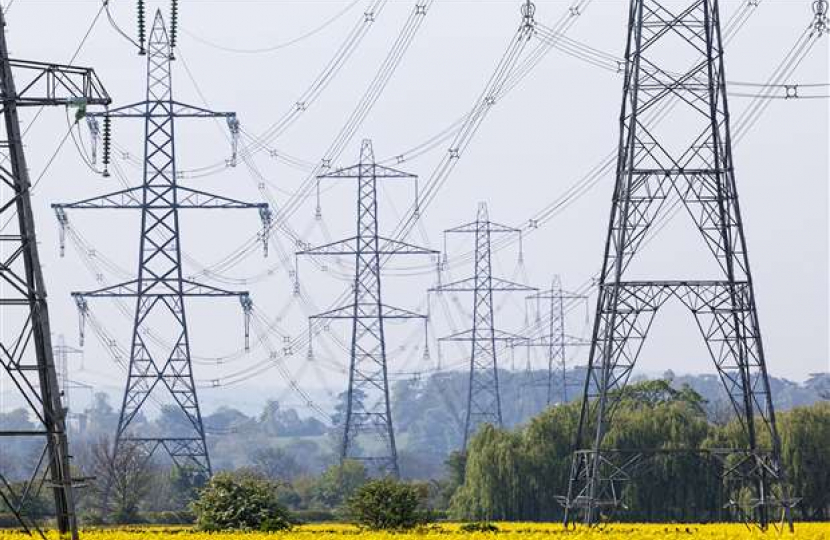 Political leaders have welcomed a pledge by National Grid to outline the rationale for discarding an offshore alternative to pylon development plans through Suffolk – but they insisted this report must be independent in order to restore trust in the process.

Several of East Anglia’s MPs, county councils and a large-scale community campaign have all expressed preference for a co-ordinated offshore strategy, arguing the overland pylon line would have serious negative impacts on the region.

In response to the concerns, National Grid – which says the new power line is needed to transmit the increased amount of energy produced by offshore wind – agreed to set out its reasoning in greater detail, with a report to be published in the coming months.

Richard Rout, Suffolk County Council’s deputy leader, welcomed this announcement, adding that the scope of the report should include how an integrated offshore approach could resolve boundary transfer issues and customer connections.

“The council considers that given the current state of public disquiet, an independent report is now essential to restore a public confidence,” said Mr Rout, in a letter to NGET.

“The council considers that an independent report is an opportunity to test if it is, in this instance, possible to produce such an integrated solution, and meet the required in-service date of 2030.

“Doing so would ensure much greater public confidence that all reasonable alternatives to East Anglia Green have been properly explored, especially considering the wider policy drive towards an integrated and long-term approach to transmission issues.”

The call for independence in the report was echoed by South Suffolk MP James Cartlidge, writing to National Grid’s chief executive.

MPs raised their concerns about the East Anglia Green proposal in a debate at Westminster Hall last Tuesday.

Following the debate, Mr Cartlidge said: “I was incredibly disappointed about the way that National Grid conducted the recent East Anglia Green consultation.

“In particular, and this has been raised by many of my constituents, the total absence of an offshore option, which should have been presented in contrast to the proposed route.

“In a recent meeting with National Grid, I requested the detailed assessment that had informed their decision not to pursue the offshore route. I was offered this information, but not until later this summer.

“I questioned why the assessment was not readily available, and was told, quite simply, that the work had not been done. These latest revelations are wholly unsatisfactory.

“I have pressed National Grid to share the independent report with constituents in affected communities, effectively reopening the consultation in recognition that the choice that was presented previously was flawed and lacking in detailed work.”

Letters from James Cartlidge MP & Suffolk County Council can be found below: