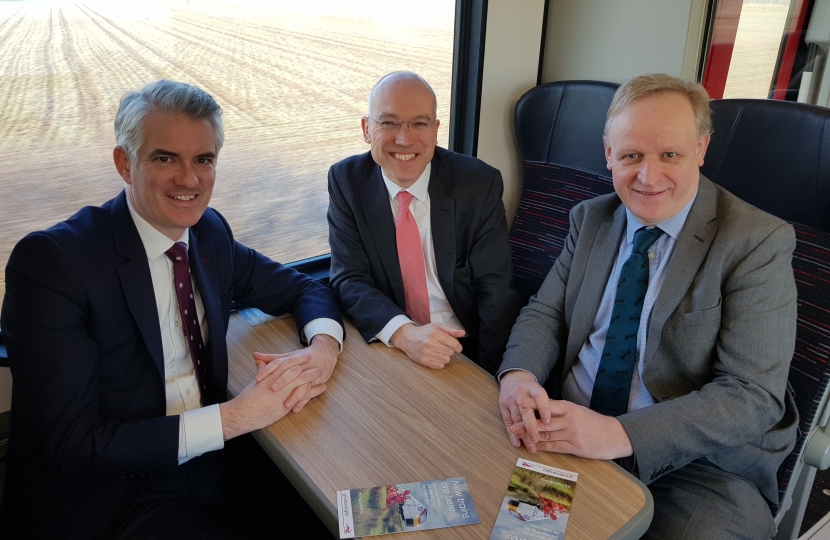 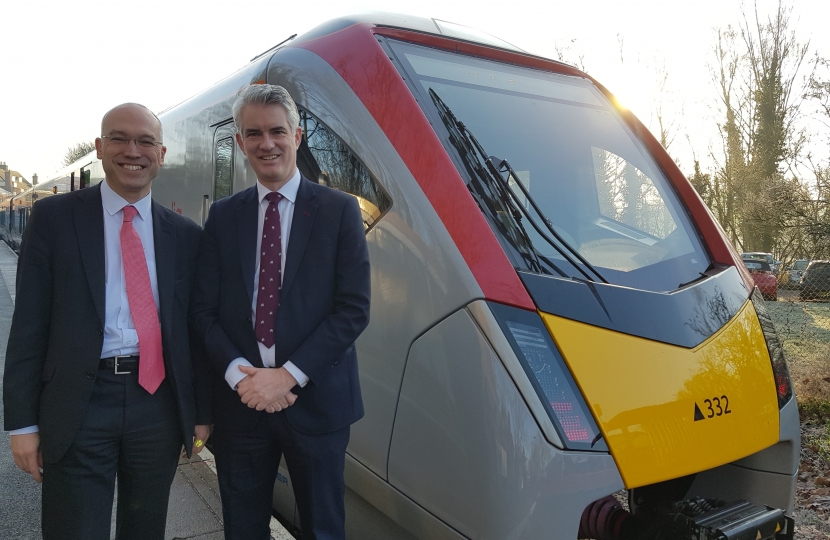 Greater Anglia has reached the beginning of the end for the roll-out of its new bimode trains on regional and local lines as the first new train started work on the Sudbury to Marks Tey branch.

The new Swiss-built Stadler trains can now operate on every non-electric line in the Greater Anglia region - a move that should hasten the departure of the old 156 and 170 diesel multiple units that date from the 1980s and the early 2000s.

The company started its introduction on its rural lines in July, and with their arrival on the Sudbury branch that is complete.

It will ultimately have 24 four-car bimodes, which run on electric or diesel power, and 14 three-car trains available for its services. The Sudbury branch is likely to use a three-car train because of the number of passengers it generates.

There is no firm date for the departure of its old diesel trains, they are all expected to be transferred to other operators by Easter as part of the Greater Anglia modernisation.

Tuesday was better for Greater Anglia - its East Suffolk Line morning trains from Lowestoft ran as scheduled although there were problems on the Felixstowe line and on cross-country routes from Ipswich to Cambridge and Peterborough because of a Network Rail signal fault at Elmswell.

Greater Anglia director Ian McConnell said: "The first of our new trains went into passenger service in July on our Norwich-Great Yarmouth and Lowestoft routes. Today is an important milestone in the rollout of our bimode trains which are replacing our old diesel trains, as it's the tenth and final route where we are starting to run our new trains in passenger service.

"Over coming weeks, the transition to all new trains will be complete on Greater Anglia's diesel rural routes. The new trains are longer and equipped with everything a 21st century rail passenger expects to make their journey better. They will also ultimately bring us improved reliability."

Speaking after the journey, James said: "This is a major step forward for Sudbury. The new rolling stock offers extra comfort and capacity, both in terms of general space and extra seating, with charging ports and USB docks.

"Most importantly, the new trains will hopefully be more reliable once the modern fleet is fully bedded in - bearing in mind this is in effect a test and there may be some days when the old trains are used until the full service 'transition' is complete.

"When I was first elected in 2015 we teamed up as Suffolk MPs to push the Department of Transport for an ambitious new franchise. Greater Anglia therefore bid not just to upgrade the mainline, but all trains including our Sudbury branch line.

"I am quite aware how stressful the service has been of late but I think we should recognise that this is a significant success resulting from the franchising process and partnership between MPs, regional stakeholders and the rail operator.

"I was also joined by Mark Bills, Director of Gainsborough's House in Sudbury. It is worth remembering the wider picture of needing to regenerate Sudbury so that it can attract more visitors to sustain its local shops.

"With Mark's ambitious plans to turn Gainsborough's House into a national centre for the arts, a new and more attractive rail service to Sudbury could not be better timed. There is much about our regional railways that needs significant improvement, but we should recognise today as a very positive step forward for South Suffolk."

Following an announcement in the middle of January that Chambers Buses were launching a consultation on a major reduction of bus services in villages near Sudbury, Cllr James Finch and local Parish Councils met with Jeremy Cooper, Managing Director at Chambers to raise their concerns.