Philips Avent factory should be kept for industrial use, community leaders say 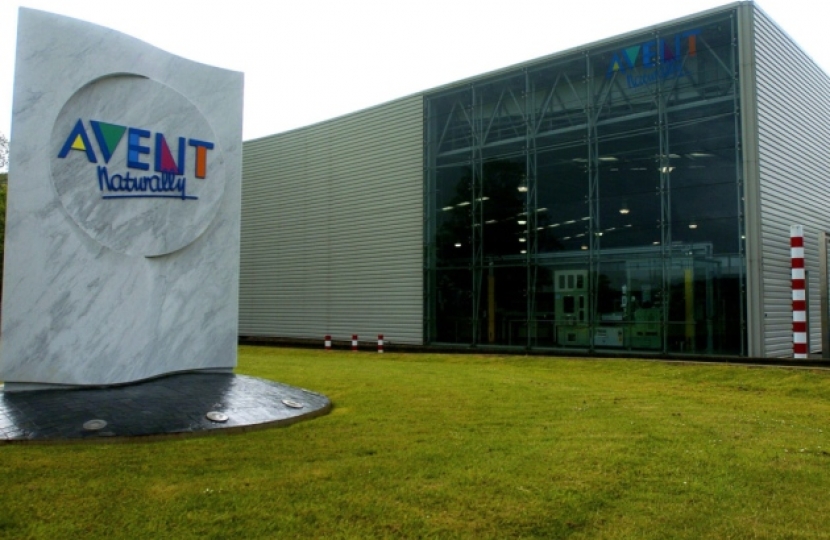 A factory in Sudbury due to close next year - costing 430 jobs - should be kept for industrial use, community leaders have insisted after a meeting was held about its future.

Representatives from Philips UK attended a meeting of the South Suffolk Taskforce, chaired by James Cartlidge MP, last week after the company announced plans to close the Philips Avent plant in January.

Philips Avent will move the majority of operations from its factory in Glemsford to its innovation and manufacturing site at Drachten in the Netherlands, with the remainder going to Indonesia.

The closure of the factory, which makes baby bottles, in 2020 will see the loss of 430 jobs.

MORE: Hundreds of jobs to go as Philips Avent plant in Glemsford to close

Taskforce members met with representatives from the Department for International Trade, Suffolk Chamber of Commerce, Babergh District Council, the New Anglia LEP and the Department for Work and Pensions as well as Philips UK’s chief executive Neil Mesher and other senior officers from the company on Friday, March 22.

The meeting largely focused on the existing staff members on site, the closure procedure and the future of the site when Philips have left.

Speaking after the meeting, Mr Cartlidge, MP for South Suffolk, said: “I am pleased that we were able to arrange this meeting with Philips, and I’m grateful that their team engaged so readily.

“Their decision to close the Avent plant is a major blow for the area so it’s critical we are able to work with all stakeholders represented on the taskforce to look at how we respond as positively as possible.

“Certainly there was good news from the job centre management represented at the meeting that vacancy rates are high and actually for most firms finding staff is a problem – so hopefully most employees made redundant will have every chance of finding alternative work.

“I was particularly glad that the company has a strong preference for the site to be retained for industrial use, if possible, after Philips departs.”

Mr Cartlidge added that a leaflet would would now be produced to promote the site for potential inward investment opportunities around UK embassies overseas.

MORE: Broadcaster Brexit comments leave TV host baffled Mr Mesher said: “It is extremely important to Philips to have an open and constructive working relationship with the South Suffolk Taskforce and the other local and central government representatives who were in attendance. “It is disappointing that we will not continue to have a long-term future in Glemsford however we are now focused on two vital outcomes – supporting our affected employees in the most constructive way possible and finding a buyer for the site so the plant can continue to deliver economic and employment value to the area. “We will continue working with the South Suffolk Taskforce and other organisations who have offered help in making these important outcomes happen and to deliver these future programmes in the right way and at the right time.”

John Ward, leader of Babergh District Council, said: “I was very pleased with the positive tone of the meeting and the desire of all parties to see the site retained for industrial use. “The Philips UK representatives were very open with us and have clearly given a lot of consideration to the future of the staff and the site. I welcome the decision to produce a leaflet to promote the site overseas.”