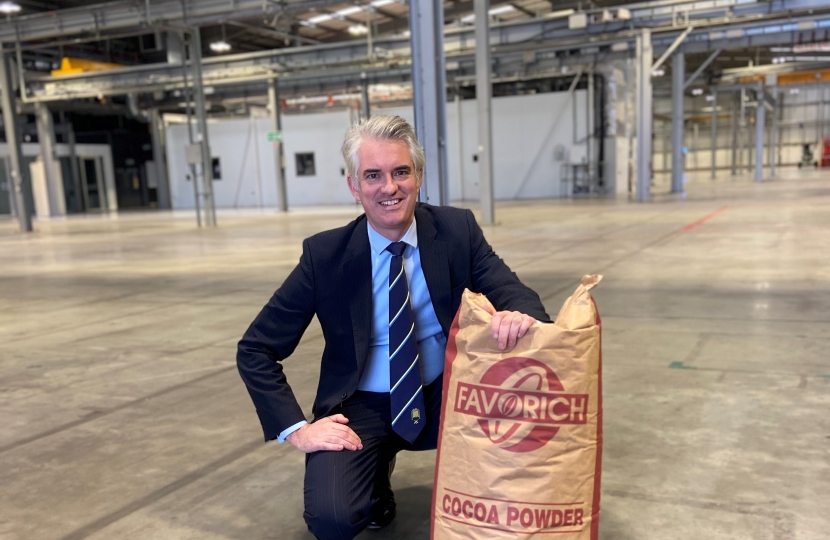 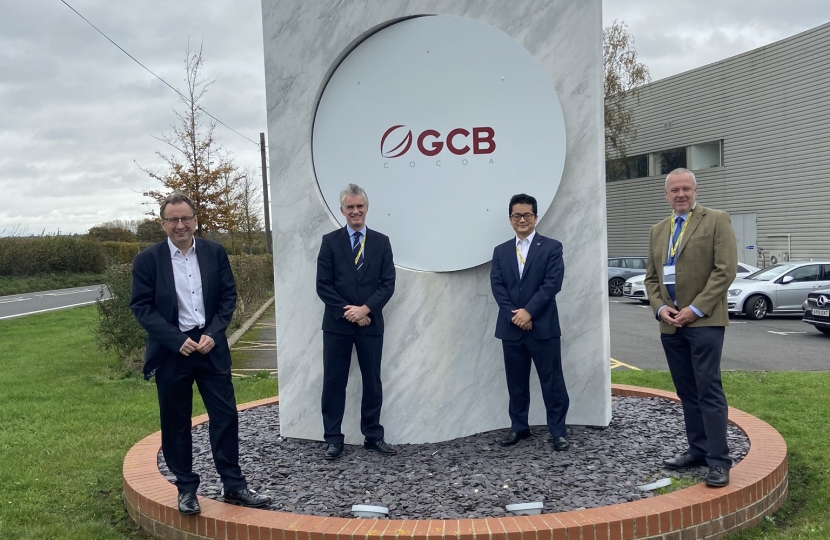 Dutch firm Philips Avent vacated its large factory site in Glemsford, near Bury St Edmunds to move operations to the Netherlands and Indonesia this year, with the loss of around 425 jobs to the area.

It left an employment hole in the heart of the county – and an uncertain future for the site, which was being marketed by estate agents Savills.

The plant finally closed around July 2020 after 84 years of production.

But now, South Suffolk MP James Cartlidge - who chairs a taskforce which has been seeking a future for the site – has expressed delight that Malaysian company Guan Chong Berhad Group (GCB) is set to move in.

“I am delighted to confirm that the vacant Philips Avent baby products site in Glemsford, South Suffolk, has been sold for continued job-creating industrial use to Guan Chong Berhad Group of Malaysi to support its manufacturing in the UK and global expansion strategy,” he announced on Twitter.

“I understand that the site will be used by GCB primarily for cocoa production. I recently met with senior UK management in Westminster and their plans are ambitious and a real statement of confidence in Suffolk and the UK.”

If the factory hadn’t been taken up as an employment site commercial capacity, there were fears for the very local workforce based largely in South Suffolk and north Essex, with limited scope for similar jobs in the area.

“I’m absolutely delighted,” said Mr Cartlidge. “It was a major blow when early last year we heard of Philips’ plans to close one of the most successful plants in the region. So conversely it’s a massive boost that the site has been purchased by a major manufacturing firm to create new jobs in our locality, at a testing time for the wider economy. "It was a “vote of confidence” in the local economy and “sends the signal that South Suffolk is open for business and a great place to invest” at a time of heightened concerns about unemployment because of coronavirus, he said.

He and the South Suffolk Taskforce hope to meet the new owners – who are due to complete on the purchase in the next month – on site at the end of October, he said.

In a statement, Guan Chong Berhad said: “We are excited to announce that we have entered into an agreement with Philips Electronics UK Ltd to acquire its industrial site in Glemsford, Sudbury, Suffolk.

“This acquisition is in line with our group’s strategy and provides a great opportunity for GCB to access the market in the United Kingdom in the future.

“In addition, the investment in the facility represents a key part of the group’s vision to be a fully integrated and market-leading cocoa supplier across the globe.

“We believe that this acquisition will equip us to be a reliable supplier to customers and create job opportunities to locally skilled workforce in the post-Brexit landscape.

“The site is strategically located near the port of Felixstowe which will allow easy transportation of raw materials and cocoa derived food ingredients, while having the convenience of accessing to main roads with excellent connections to customers.”

C-J Green, chair of New Anglia Local Enterprise Partnership, said it was “really fantastic news” especially in the current economic climate, and a “ringing endorsement” of the region’s attractiveness to investors from overseas.

“The Norfolk & Suffolk Unlimited brand was launched with the objective of enticing businesses to set up or expand their operations here. The decision of the Guan Chong Berhad Group to locate its cocoa production facility here and take over a vacant site is a win-win for the whole area,” she said.

“This will ensure the premises at Glemsford remain in use and sustain much-needed job opportunities for the local workforce.”

David Dukes, head of inward investment at the LEP, said: “This is a real coup for the inward investment team which was set up by the LEP earlier this year, and a vindication of the new partnership- based approach we have been taking.

“It has been very gratifying to be able to convince an investor like this that we had a perfect site in a competitive location with good connectivity and excellent local skills. I am confident we will be able to attract more investment like this to Norfolk & Suffolk.

“This Malaysian company was looking to set up a production operation in the UK and exploring locations close to major container ports, including Felixstowe. This announcement follows six months of discussions and negotiations and we are delighted that it has opted to invest and create jobs here.”