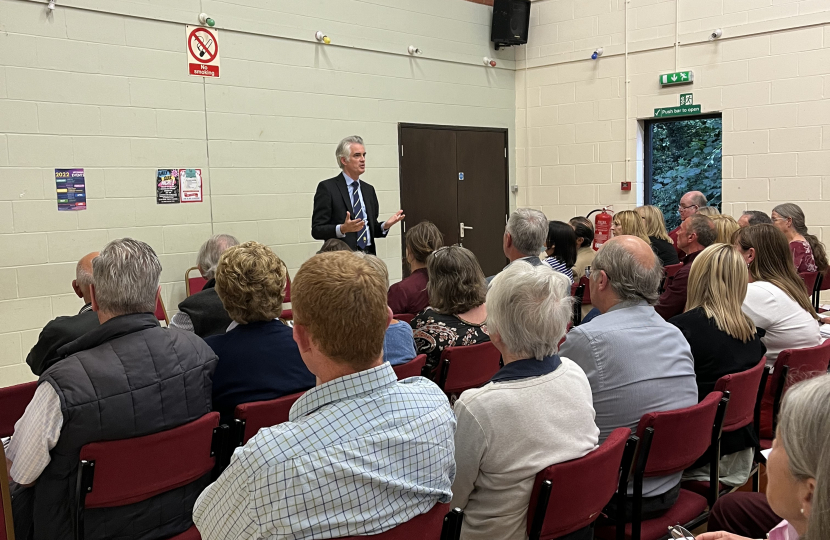 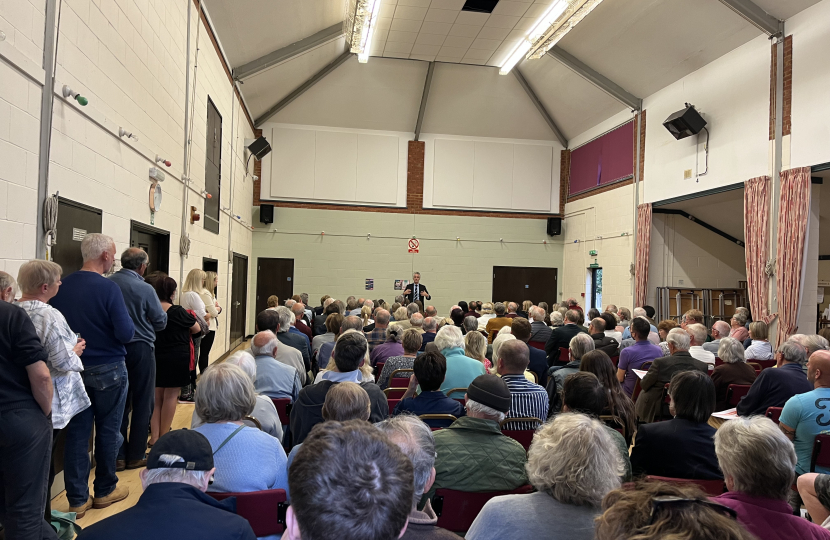 I held a public meeting in Hintlesham & Chattisham Community Hall last night to discuss National Grid’s proposals for a new line of electricity pylons in South Suffolk. The scheme known as ‘East Anglia GREEN’ (EA GREEN) is a proposal to reinforce the high voltage electricity transmission network through a 180km overhead line from Norwich to Tilbury, via a substation in Bramford.

The proposed reinforcements include a new line of 400 kV pylons that would likely be constructed near the villages of Hintlesham, Chattisham, Higham, Stratford St Mary, Raydon, Burstall, Sproughton, Holton St Mary, Elmsett and finally Little and Great Wenham. I therefore invited residents of those villages to discuss how these plans might affect them. The meeting was organised by myself as the local Member of Parliament - not National Grid - with the intent of ensuring that as many local people as possible, who may be affected, are able to have their say.

I have consistently argued that undersea cabling must be considered as a viable alternative to pylons cutting through the Suffolk and Essex countryside. The point I must stress is the fact that the south of Bramford stretch of EA GREEN, through South Suffolk, was originally considered as an undersea route called ‘Sea Link 2’. This option was subsequently rejected by National Grid.

In my view, given that National Grid are currently holding a public consultation, until Thursday 16th June, on the route for EA GREEN, the public should be able to express their views on that original choice, and not just be limited to a narrow corridor of traditional overland pylons. I have written, in a letter signed by five other Members of Parliament, to Energy Minister, Greg Hands MP, to raise this point. You can find a copy of this letter, and my own response to the consultation, at: www.jamescartlidge.com/pylons