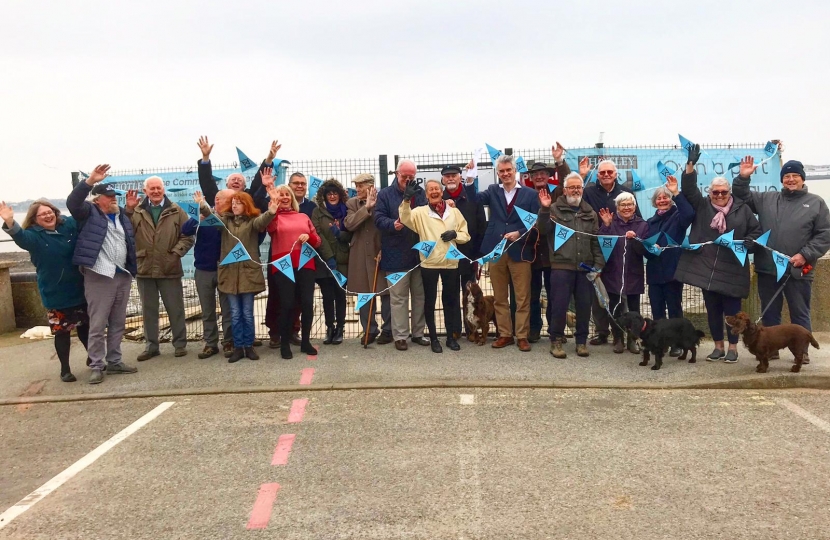 More than £1,000,000 has been awarded to Suffolk and Essex coastal community projects as part of the latest round of government grants.

Projects in Felixstowe, Shotley, Leiston and Essex will benefit from the large injections from the Coastal Communities Fund and Coastal Revival Fund.

A large-scale project for Felixstowe was awarded £950,000 as part of the larger Coastal Communities Fund for plans involving a seafront facelift, which would see the gardens in Sea Road transformed into a “series of rooms” - a concept which divides them into a run of very different areas with different characters and functions.

These could include a place to play and an artisan street featuring pop-up shops and eating places, possibly housed in converted shipping containers.

Tourism chiefs say: “Each space should have a different character and function and should be exciting places to encounter, drawing pedestrians along the promenade and providing opportunity for gathering, seating, socialising and events.”

Elsewhere in the region, Essex County Council was awarded £663,000 by the fund to develop digital interactive tools used to promote the county’s coastline as a visitor destination.

The 122-year-old Shotley railway pier will be awarded £50,000 under the Coastal Revival Fund, its first grant awarded since the group behind its regeneration purchased the site in February last year.

It is hoped that the pier formerly used to carry mail and munitions to the Royal Navy will become a place for people to walk, fish and enjoy views over the peninsula.

Sally Chicken, vice chair of Shotley Heritage Charitable Community Benefit Society Ltd, who own the pier, said: “We are over the moon to have been awarded this grant by the government.

“This is the first grant we have been awarded since we purchased the pier after lots of hard work fundraising, and we hope it’s the first of many.”

As part of the same fund, Leiston Information Centre has been awarded £43,850 to create information points in the town for visitors and local residents.

Both funds are government issued, with the revival fund aiming to bringing at-risk heritage sites into economic use, while the communities fund aims to increase economic growth and regeneration.

I am absolutely delighted to be the Patron of this fantastic community project. The team has shown impressive levels of effort, enthusiasm and determination to get the project to this stage, and I look forward to collaborating further with them in future.