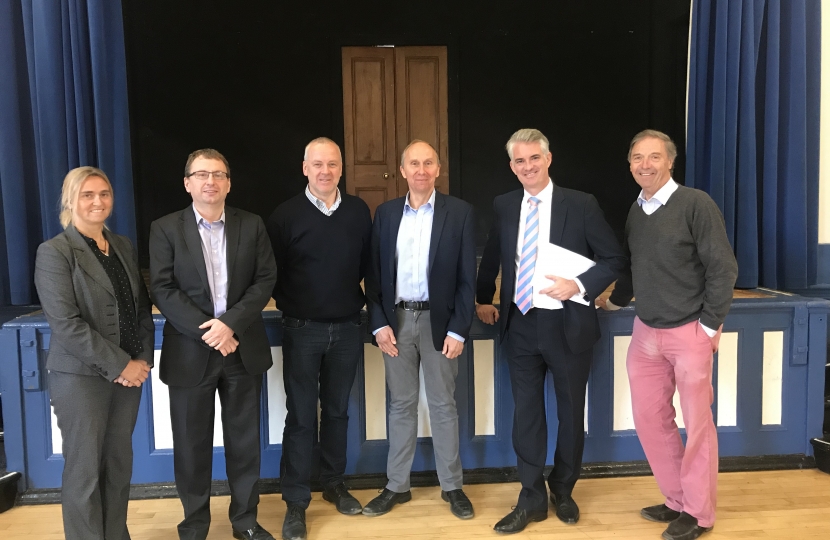 Employment prospects for workers facing redundancy from two major manufacturing plants remain positive, according to the MP for South Suffolk, who said there has been promising interest from potential buyers for both sites.

Hundreds of jobs are expected to be affected between the two sites as a result of the closures, but South Suffolk MP James Cartlidge stated those who have already been made redundant have been successful in finding alternative employment in the area.

Philips also confirmed it is planning to hold a jobs fair for its current workforce on Tuesday, March 10, with 25 local companies set to attend.

Mr Cartlidge, who also chairs the task force, said: “While a further wave of redundancies will be forthcoming in June from both firms, it does appear as if the picture is more positive than many may have anticipated when the respective closures were first announced.

“First and foremost, both companies confirmed that they were not aware of any former staff members, other than those taking early retirement, who had left their employment so far and failed to find work elsewhere.

“This is very encouraging and a reminder of the broader picture of low unemployment with plentiful vacancies.

“This underlines the point the South Suffolk Taskforce has made before, that for many local firms finding staff is a major challenge, which is, therefore, likely to raise the chances of re-employment.”

Mr Cartlidge said a representative from Savills, the marketing agent for both companies, who attended the meeting in Sudbury Town Hall, claimed they had reported an encouraging number of inquiries about the two sites, due to a boost in the wider economic mood.

Last year, Delphi announced its intention to sell its Sudbury factory to the Charterhouse Property Group, which raised concerns locally that the site could potentially be repurposed for a residential development, although no formal proposals were outlined.

A spokesman for Delphi confirmed this month that there has been no change to the previously announced plans and the time-scale for the plant’s intended closure in the summer remains the same.

However, it is understood that the site remains on the market through estate agents Savills and Colliers.

Mr Cartlidge reiterated the task force’s preference for the Delphi and Philips sites to both be kept as employment land.

He added: “As far as we are concerned, we continue to emphasise our view that the best outcome for the public interest in relation to either site is sale to an industrial buyer for continued employment use.

“I am pleased that representatives of both Delphi and Philips have confirmed that they too share this view and, as far as possible, are keen to see continued industrial use.

“I will continue to engage as fully as possible in the process, alongside other members of the task force.”