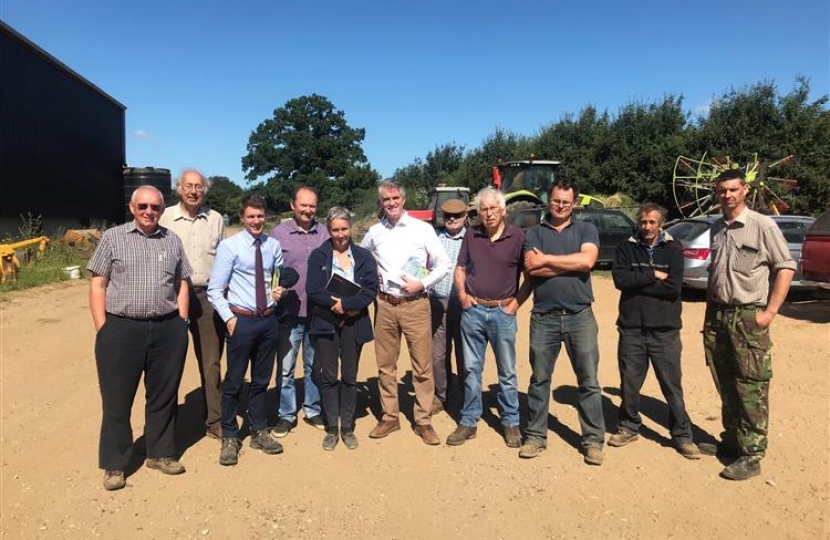 The MP for South Suffolk wants local farmers to weigh in on the future of British agriculture after Brexit, as a proposed bill is set to continue its passage through Parliament next week.

MPs will convene in the House of Commons on Wednesday to debate the second reading of the Agriculture Bill, which intends to help influence the direction of the farming industry after the UK leaves the European Union.

Composed by the Department for Environment, Food and Rural Affairs (Defra), the bill sets out provisions for the agricultural transition period post-Brexit, marketing and competition standards and the Government’s powers to intervene in response to conditions affecting the agricultural market.

It will also seek to retain certain aspects of existing EU legislation, as well as ensuring compliance with regulations in the World Trade Organisation (WTO) agreement on agriculture.

Mr Cartlidge said: “The Agriculture Bill is a once-in-a-lifetime opportunity to improve the way that the UK’s agricultural industry operates.

“As such, I am very keen to hear the views of the people it will affect most profoundly – our farmers.

“If called to speak in the debate on the bill, I will be emphasising the need for a lengthy transition until any new arrangements are in place.

“While it is right to focus on environmental matters, this cannot be at the detriment of food production.”

The current draft of the bill can be read online at https://services.parliament.uk/Bills/2017-19/agriculture.html

Anyone in south Suffolk who would like to submit their views about the Agriculture Bill is asked to contact Mr Cartlidge by emailing james.cartlidge.mp@parliament.uk.

Anyone in south Suffolk who would like to submit their views about the Agriculture Bill please contact me on: james.cartlidge.mp@parliament.uk.