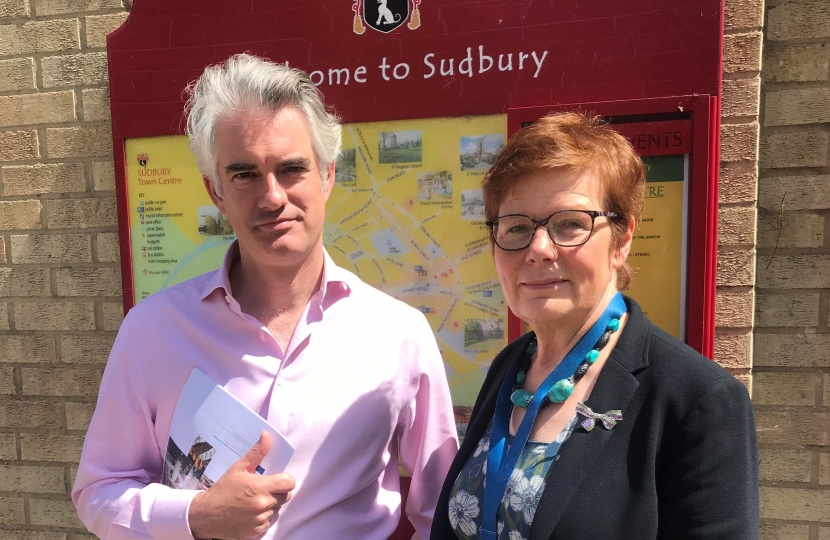 Plans to slash subsidies for almost two dozen bus services in Suffolk have been scrutinised by a local Member of Parliament, who suggested residents of remote areas are disproportionately impacted.

Suffolk County Council announced in June that 23 public transport routes deemed financially untenable are set to have their funding cut at the end of this month, in an effort to save £340,000.

Among the services affected are the 112 service between Sudbury and Hadleigh, services 90 and 94A from Hadleigh to Ipswich, the 971 between Hadleigh and Colchester, and the 375 from Alpheton to Bury St Edmunds.

He said he wants to see solutions found to keep as many routes running as possible for rural villages, highlighting the 971 service, in particular, as an “absolutely essential service” for sixth-form students from Hadleigh travelling to schools in Colchester.

“I was obviously very concerned when I heard that 11 of the 23 routes that will lose their subsidy run through south Suffolk villages,” said Mr Cartlidge.

“It appears that my constituents will be disproportionately affected by these changes, especially as many of the routes run in our most remote areas.

“A particular concern is where routes are used for education access, given the context of changes to school transport.

“While I am concerned about the potential impact of these changes, I think we also have to accept that a number of these routes are not sustainable in their current form.

“In this regard, on the most unsustainable routes, it is clear that the council is correct to consider how these services could best be provided.

“On some of these routes, where the subsidy is not enormous, the bus service providers will be encouraged to run the service without council funding.

“On the less popular routes, it may be that community transport providers, or taxi-buses, could pick up the route on a commercial basis.

“I am keen to see these routes maintained where possible, as I understand that they serve some of our most vulnerable and isolated residents.

“As such, I will be speaking to community transport providers, and inviting local taxi firms to a meeting about how they can become taxi-bus operators.

“I will also be encouraging all providers to secure the Government funding available to upgrade their buses and taxis to electric vehicles.

“With some forward-thinking, it may be possible to provide a more versatile, financially sustainable and environmentally-friendly service.”

The proposed funding cuts have come under fire from opposition councillors, who argue the subsidies are a small price to pay to improve the quality of life for the users who rely on them.

Green Party councillor Robert Lindsay joined passengers on the 112 service between Bildeston and Sudbury on Thursday, many of whom he said did not have any alternative transport options to reach the town.