Statement on the latest Coronavirus measures 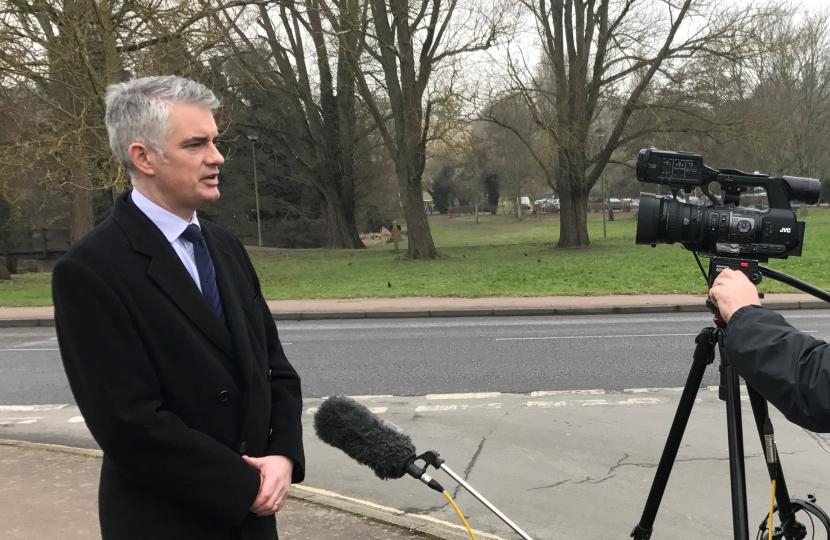 It must be stressed that we do not currently face a choice between lockdown or no lockdown. The choice in policy terms that faces us is whether to continue with local and regional lockdowns or move to a national one. Our part of the world was already ‘in lockdown’, albeit at the less intrusive tier 1 (but still with important impositions like the rule of six etc). In fact, the latest data on infection spread in Suffolk suggests we probably would have been headed to tier 2 sooner or later with tighter rules, admittedly not as strict as in the national lockdown being proposed: https://www.eadt.co.uk/news/suffolk-coronavirus-tier-2-near-1-6912397

Inevitably not every piece of data is behaving identically, since at the national level there is considerable variation in certain statistics between and within regions, and between and within conurbations and right down to parish level. However, on Monday I was able to participate in briefings on regional health data from senior Scientific advisers to the Government. Whilst there are variations, the scientific consensus borne out by the broad brush of the data is that Covid is spreading at a much more rapid rate nationally than in the summer, with a strong likelihood of hospital capacity in our region being stretched beyond tolerable levels within a matter of weeks. I should emphasise that such an outcome is not a matter of modelling (i.e. predicting data), but on actual data to hand. On September 7th there were 536 Covid patients in hospital in England; rising 2,500 at the start of October and more than 10,000 at present. This looks very much like the kind of sharp growth which, if left unchecked, would threaten to overwhelm our health service.

Some may dispute the data, or certain parts of it. However, the pattern of sharply rising infection and then – lagging, but on a similar trend in time – sharply rising hospital admissions, is already occurring in practice in countries like France and Belgium who are ahead of us on the infection curve. It may be that one or two individual graphs have been queried, but the general trend is clear and it is being matched in similar nations. As the Prime Minister said in the Commons on Monday, “there are already more covid patients in some hospitals now than at the height of the first wave: 2,000 more this Sunday than last Sunday… The modelling presented by our scientists suggests that, without action, we could see up to twice as many deaths over the winter as we saw in the first wave”.

The issue of hospital capacity is not just covid-related. On the contrary, I have continuously raised at PMQs and other statements since the first lockdown in March, the impact of lockdowns on those with other serious conditions, especially cancer. Whilst there remains a key concern that people may fail to present during lockdown, and we need every effort on the communication side to encourage otherwise, there is no doubt that if hospitals were overwhelmed with Covid cases this would have a terrible knock on effect on other treatments. As the PM said on Monday: “If we allow our health system to be overwhelmed—exactly as the data now suggests—that would not only be a disaster for thousands of covid patients, because their survival rates would fall, but we would also reach a point where the NHS was no longer there for everyone. The sick would be turned away because there was no room in our hospitals”. Anyone who thinks this is scaremongering should consider that it was the reality in Bergamo, Italy in the last peak, that numbers are forecast to be higher (in terms of admissions) this time around, and that in neighbouring France hospitals in 13 departments (regions) have faced pressure akin to being overwhelmed during the current outbreak, and we are but weeks behind them.

All this said, I have the most profound concerns about the potential impact of a national lockdown. Some have rightly called for an impact assessment and whilst that is entirely laudable, time probably does not allow for one of great efficacy and accuracy to be conducted in the time frame required. Nevertheless, we do not need such a study to tell us that that the economy will take a massive hit, undermining confidence, closing businesses and above all increasing further the number without employment. There will be a mental health impact, and many other hidden social impacts. We don’t need an impact assessment to tell us this because we know the reality of the first wave. Finally, there will be the illiberal impact on those daily activities we take for granted. It goes against every instinct of my politics to be supporting measures that take away cherished freedoms. I entirely understand the anguish of those unable to go to church or partake of those activities which effectively define much of our human character.

That is why I, just like the Prime Minister, regard this measure is absolutely a last resort. The PM does not want to be entering a national lockdown. His overwhelming preference was, and remains, for regional measures. Some say we should not lockdown; others that we should have locked down sooner. I happen to think the country would have not accepted, as the majority appear to have done now, the need for a national lockdown back in September. But the very fact the PM rejected the SAGE advice for a ‘circuit breaker’ in September was precisely because he doesn’t want a national lockdown and that he views it as an option only to be used when all other avenues have been exhausted. We followed the regional path with wholehearted commitment, to the point of straining some political relationships at a devolved level. But the question must be asked, if the purpose of the regional approach is to bear down on the R and avoid hospitals seeing an unsustainable spike in demand, what happens if such an approach fails to deliver that outcome in a timely enough manner? The answer has to be that at some point the Government has no choice but to consider other options and, for better or worse, in our limited arsenal to fight this novel and terrible pandemic we have reached a point where to significantly bear down on the R the only option left is a national lockdown. This is the conclusion Governments have reached in many of our neighbouring nations. We are not alone in coming to this conclusion, but it is one that I very much regret.

Yet there are positives to be had. We will be keeping schools and educational settings open. We will also be keeping key parts of our economy open, like the housing market and construction. Yesterday we confirmed that pubs can still offer takeaway including alcoholic beverages. If we implement this lockdown and it reduces the R, there is the prospect of less intrusive measures by Christmas. We have just launched mass testing in Liverpool. Progress on a range of scientific responses has been heartening, with the UK leading on key developments from treatment to vaccine. The advent of rapid testing, with all that implies for opening up society in a safe way, seems to be dawning closer. It is not unrealistic to think that we could yet find a way in the coming months to deal with this disease such that our society can return to some sense of normality.

But we are not there yet. I wish we were. As PPS to the Chancellor I know the enormous adverse economic impact this pandemic is creating. But Rishi Sunak has shown at every turn a willingness to innovate and, above all, step in and directly support our economy with over £200bn to date in loans, grants, furlough funding and – by international comparison – incredibly generous support for the self-employed. Only last week the IMF concluded that HM Treasury had offered “one of the best examples of coordinated action globally” that helped “mitigate the damage” of Covid, whilst – most importantly – “holding down unemployment”.

So I will vote to support a Prime Minister faced with an almost impossible balancing act. But lockdown is not in any way a preferred outcome, on the contrary, I hope that we will then use the weeks up to December 2nd to do everything possible to step up our fight, through delivering major innovations in testing, and pushing on with new treatments and vaccine research. The date of December 2nd is important because these measures must expire by then or only be renewed by a further vote in Parliament. I hope that offers some comfort to those of you with entirely justifiable concerns about lockdown, many of which I share. Let us hope by that date we will once again have the infection under control to enough of a degree that we can at least return to a more regionally nuanced approach.

These remain some of the toughest circumstances in which to govern. I wish there was some other detailed, cogent alternative to hand, a lever to pull to avoid the outcome of an NHS under unsustainable pressure. But even if the data is not yet there that prospect looks inevitable if the current rate of infection is left unabated. That leaves us with one policy option and we now have to get behind the Government in implementing it.