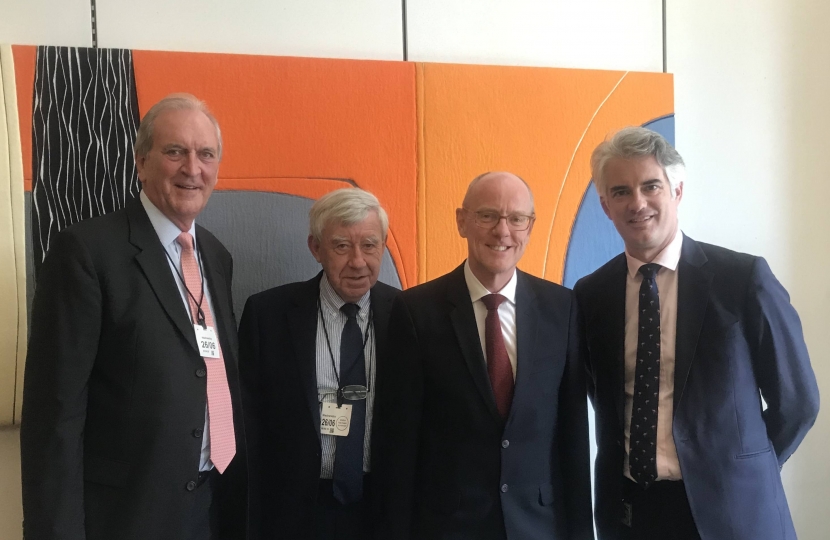 A Suffolk school has lobbied the Government for support, as it continues to voice concerns over the financial pressures it is dealing with.

Richard Smith, chairman of governors at Stour Valley Community School, and Keith Haisman, chairman of the Stour Valley Trust, met Schools Minister Nick Gibb last week to discuss the decline in funding per pupil since 2014, due to a reduction in government public spending.

The meeting focused on the level of funding Stour Valley Community School is receiving, and the budget constraints it faces as a result.

Following the meeting, Mr Smith said the talks had been productive.

“Mr Gibb expects those funding constraints to be eased in the near future and the pressure on school budgets to be reduced,” he said. “We still have concerns, however, about the burden which the reduction in funding has placed on school governors.

“This has not only meant that funding and staff retention take up considerable time in meetings, but the national picture also shows an impact on the willingness of some volunteers to become governors.

“The Government hopes that improving finances will also ease the situation for governors.”

MP for South Suffolk James Cartlidge, who organised the meeting and was also in attendance, added: “I have campaigned for a fairer school funding settlement since I was elected in 2015.

“Across South Suffolk, schools have seen an increase in their base funding levels, but that does not mean there is not more work to do.

“I am grateful to the minister for spending so long with the representatives from Stour Valley and I am confident that their message was heard long and clear.”