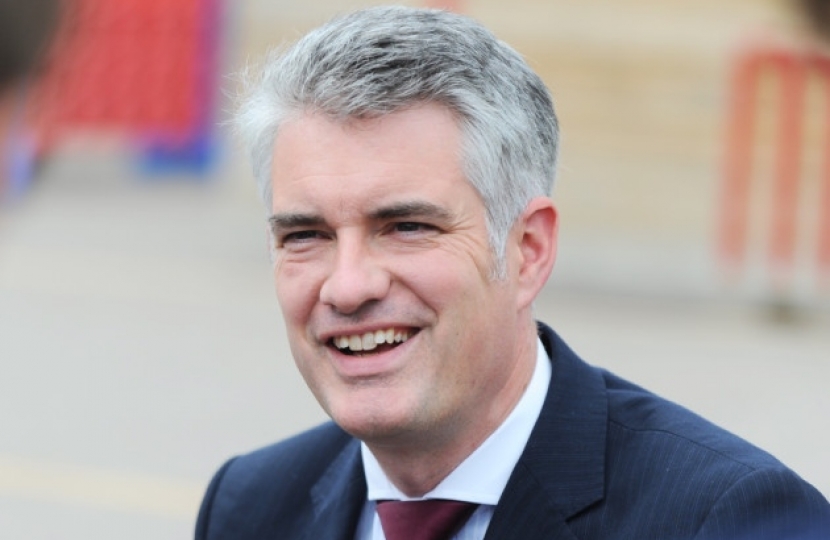 Mr Cartlidge used letters from two constituents in Sudbury and Nayland as the basis for his House of Commons debate, calling for more support for those that commute to London on a part-time basis but pay full price fares.

Speaking before the debate Mr Cartlidge said, “It was a Conservative manifesto pledge to introduce smart ticketing and part time season tickets and I am keen to keep the pressure up on this.”

Mr Cartlidge quoted Deborah Adams from Sudbury, who wrote: “A few years ago David Cameron announced the phased introduction of flexible season tickets for rail travel. As someone that commutes to London from Sudbury two-three days a week, this struck me as a very good idea.

“Flexible season tickets are an excellent idea, especially for constituencies like ours where there are large numbers of commuters.

“Many work from home some days, which makes the price of a regular season ticket of questionable value.”

“It is very old-fashioned to think that workers go to their office every day and we should not be penalised for flexible working.

“A system whereby a commuter could say buy 10 day returns for the price of six or seven would really encourage the flexibility that the modern work force needs.”

The Parliamentary Under-Secretary of State for Transport Claire Perry said: “I remain extremely committed to rolling out a multibuy discount ticket.”

“The Government are committed to these innovative products as part of the biggest railway investment we have seen in this country since Victorian times.”