Suffolk MP James Cartlidge on his new job at the Treasury 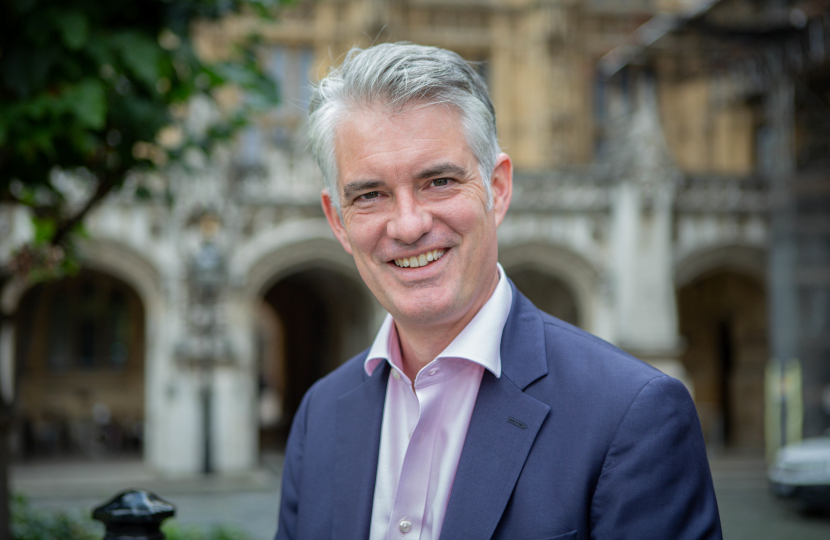 After working for both Jeremy Hunt and Rishi Sunak over the last four years, it was no surprise that South Suffolk MP James Cartlidge ended up as a Treasury minister.

He was appointed Exchequer Secretary to the Treasury in Mr Sunak's first government - and is part of the team which is hoping to put the UK's finances back on track after Covid, the shock of the Ukraine invasion, and the economic hiatus of Liz Truss.

Mr Cartlidge said: "I am honoured to have been appointed Exchequer Secretary to HM Treasury. I am excited about the prospect of working with Chancellor Jeremy Hunt and the rest of the Treasury team as we navigate these challenging times for economies around the globe.

"My responsibilities are likely to include growth and productivity; net zero and the green economy; specific excise duties e.g. alcohol and tobacco; the Crown Estate and Overseas Territories."

Earlier this week he was on the Ministerial team on the front bench as it introduced the UK Infrastructure Bank Bill which aims to deliver billions of pounds of investment in Net Zero and Levelling Up projects.

Mr Cartlidge is part of a team at the Treasury led by Chancellor Jeremy Hunt whom he served as Parliamentary Private Secretary (PPS) at the Department of Health and the Foreign Office.

After Mr Hunt left the government in 2019 he became PPS to Mr Sunak when he was appointed Chancellor in early 2020.

At the Treasury, he is part of a team that has to work closely with all other government departments - and it is useful to have familiar faces around him.

He said: "I have also worked closely with (chief secretary) John Glen and (financial secretary) Victoria Atkins in the past so we are a good team.

"The important thing we have now is stability after a bit of turbulence - and that is something that I know is valued more than anything.

"I was at an event with members of the NFU this week and they made the point that what they wanted was some stability so they could make plans for the future.

"There are still outside pressures in the world affecting all countries in the world  - like inflation and the war in Ukraine - and we are all having to work with those pressures but I do feel we are better placed to plan for the future."

At present Mr Cartlidge and the Treasury team are preparing for the financial statement on November 17 which looks set to be seen as a full budget with major plans for the future.