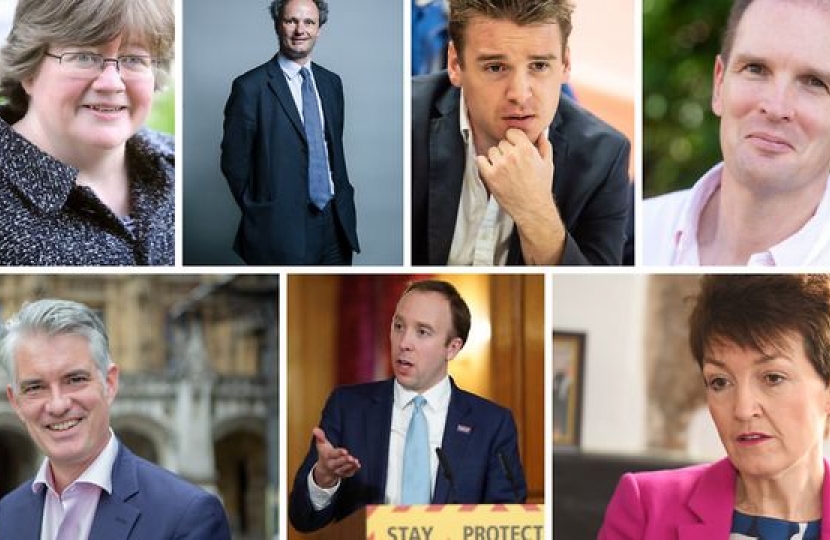 The Suffolk Conservative MPs called for a review in a letter to Nadhim Zahawi.

According to the letter, funding per-pupil from the High Needs Budget was £56 lower in Suffolk than Norfolk.

The Department for Education said it was reviewing the system to see if it could be more consistent.

The MPs said they were "disappointed to see the stark disparity in funding" in their region compared to others.

An example given was an academy that runs schools in Suffolk and Tower Hamlets, London.

The per-pupil funding for SEND pupils with mild or moderate needs was four times higher in the Tower Hamlets school.

"We know how essential early intervention is to making positive difference to the lives of children with special educational needs and disabilities," the letter said.

"Only with adequate and fair levels of funding can Suffolk successfully deliver for those students, ensuring children with SEND have the right support."

Ipswich MP Tom Hunt said: "The funding numbers I have seen make it clear that Suffolk is getting less compared to other counties.

"I think a child with learning disabilities in Suffolk should be as well supported as a child in any county, be that Norfolk, London or anywhere else."

The Department for Education said: "The government is committed to supporting local authorities in managing cost pressures for children with special educational needs and disabilities in their area.

"Our ongoing cross-government SEND review will also look to ensure more consistency across the system, supporting children and young people with SEND as efficiently and effectively as possible."