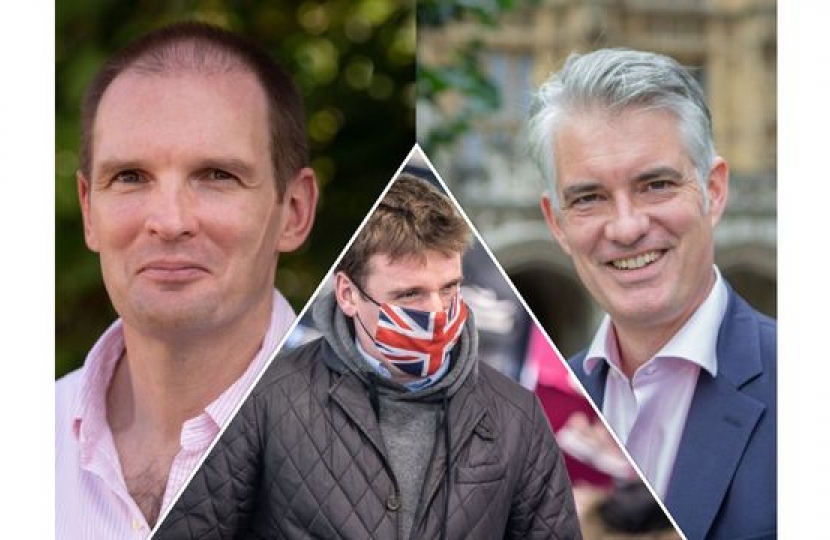 Several Suffolk MPs have gone on record to show their support of teachers being prioritised in the next round of vaccinations - Credit: Archant

A number of Suffolk MPs have said they think teachers should be next in line for the Covid-19 jab, after the most vulnerable groups have been vaccinated, to get children back to school sooner.

Calls for teachers to be placed on the priority list have continued to be heard over the past few weeks — however, the government has made no move to include them as of yet.

James Cartlidge, MP for South Suffolk, has been campaigning on the issue since December when he first raised it with Education Secretary Gavin Williamson in parliament.

He is still hoping to see school staff prioritised and said: "In principle I support teachers getting vaccinated as soon as possible, after the clinically most vulnerable, but the exact position they take in the priority list must remain a decision for the Joint Committee on Vaccination and Immunisation (JCVI) in conjunction with ministers.

"I believe this would help hasten schools reopening to all pupils and that must remain a policy priority."

Dr Dan Poulter, MP for Central Suffolk and North Ipswich, agrees that both teachers and police officers should be prioritised in the next round of vaccinations.

He said: "The new mutated strains of the virus seem to spread more readily amongst children compared to the early strains.

"So if we want to support the reopening of schools then it is logical that teachers should be vaccinated as a priority."

Ipswich MP Tom Hunt has agreed with the government's current programme of vaccinating the most clinically vulnerable first and points out that there is limited science to show whether the vaccines prevent people from being able to spread the virus.

He does however agree that vaccinating teachers will encourage the vital return to school and said: "Once the most vulnerable people are done I can't think of another group higher up on the list than teachers."

Karen Mills, executive of Suffolk Primary Headteachers' Association, recently said that not only would teacher vaccinations speed up the return to school, but also that it would make staff feel 'less vulnerable'.

She added: "From a public health point of view if a teacher or member of support staff is with up to 30 others on a daily basis, whatever expectations there are around social distancing, this makes those staff more vulnerable than in most other professions."

In December, the JCVI discussed who should be vaccinated next and listed first responders, the military, those involved in the justice system, teachers, transport workers, and public servants essential to the pandemic response, as possible groups.