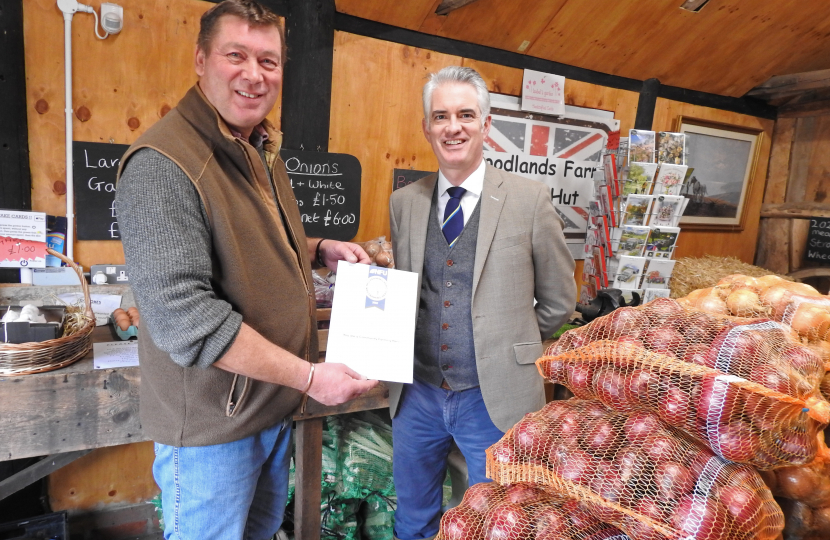 A Suffolk potato farmer who was seriously injured after an accident on the farm has scooped an award.

He was recognised for his fundraising efforts for East Anglian Air Ambulance (EAAA) - including during an Open Farm Sunday on the farm - and for launching a small Potato Hut shop at the farm to help people during the pandemic.

The Shotley Peninsula farmer was nominated after the NFU asked MPs to nominate their own local farming champions.

"Farmers are so often the lifeblood of these communities, providing services that go far beyond their farm gate, and Chris is an excellent example," said Mr Cartlidge.

"I nominated him because of everything that he has done for the local community and for supporting the air ambulance.

"During our visit we saw someone cycling to the farm shop to buy local produce, demonstrating that this is a farm that serves the community in every sense, and of course, produces high quality potatoes for our consumption.”

Mr Suckling - who farms in a family farming partnership - started raising money for EAAA after suffering a serious leg injury in a farm accident when he was crushed between a potato harvester and a trailer.

He believes he has the fast response of the air ambulance team to thank for his survival.

"I’m sure there are people who have done just as much for their community, so I was humbled to receive this community farming hero award. It’s nice to be able to give something back to people and we will continue what we’re doing," he said.

The NFU launched the community farming hero awards ahead of this year’s Back British Farming Day. It asked MPs to nominate farmers in their constituencies who play an important role in their local communities.