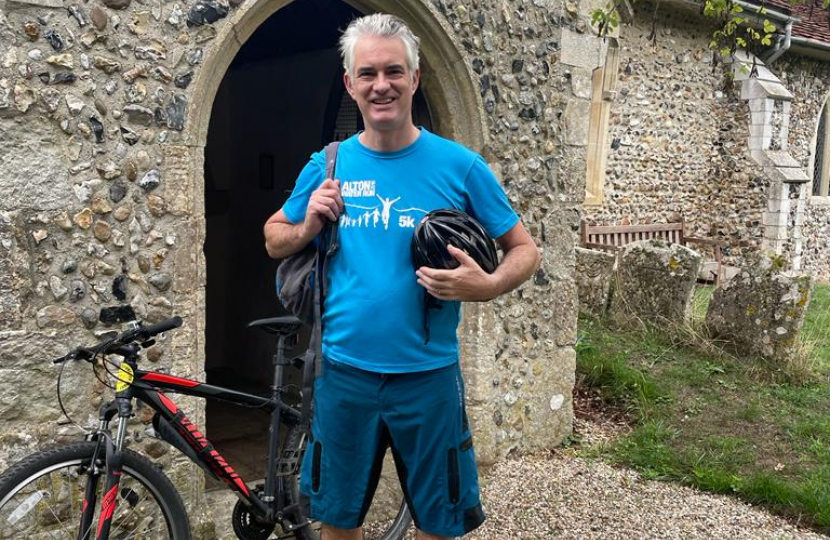 The Suffolk Ride, Stride and Drive event on behalf of the county's historic churches went ahead on Saturday, encouraging thousands to go out and visit local churches and raise funds.

What started as the Historic Churches Cycle Ride in the 1980s now also encourages walkers and drivers of historic vehicles to visit as many places of worship to raise funds for the Suffolk Historic Churches Trust.

Queen Elizabeth II became the Patron of the National Churches Trust when it was founded in 1953 and organisers of Saturday's event felt it was right that it should go ahead in tribute to her.

The cycle ride that started in Suffolk has now been adopted by the National Churches Trust which runs events across the country - and coincides with the Heritage Open Days weekend which encourages more people to visit local churches.

This year's event in Suffolk was joined by South Suffolk MP James Cartlidge who visited several village churches in his constituency and by former Suffolk headteacher Geoff Barton who visited many churches near his Bury St Edmunds home with his friend and navigator Richard Fawcett.

This year's event in Suffolk was especially poignant because as well as being run as a tribute to the late Queen, many participants also remembered Bill Turnbull, who launched the event last year, and 100-year-old cyclist Norman Gregory who died recently after continuing to get about by bike until the end of his life.