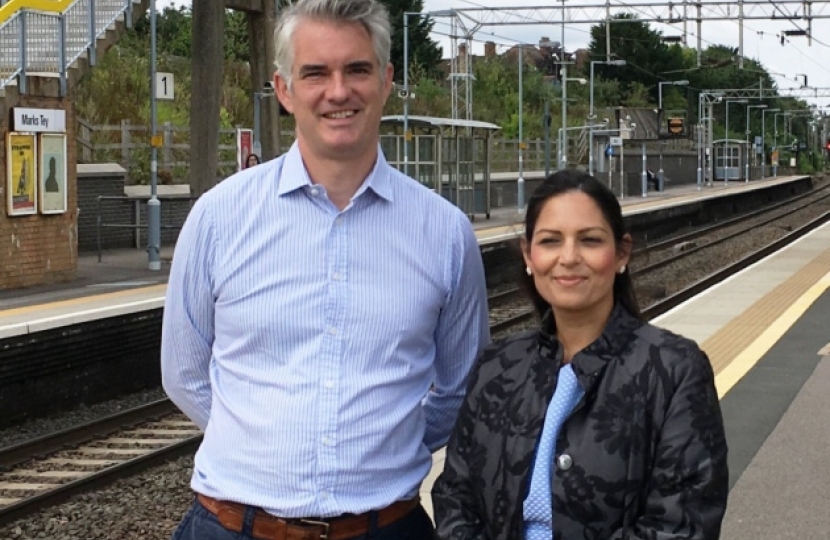 James Cartlidge and Priti Patel are both opposed to a "People's Referendum" on the final Brexit deal. Picture; PAUL GEATER

Two East Anglian Tory MPs – from opposite sides of the referendum argument – have come together to oppose the idea of a “People’s Vote” on the final deal to take Britain out of the EU.

Witham MP Priti Patel was one of the most prominent Brexiteers at the time of the referendum – she was a high-flying minister who strongly backed exiting the EU.

South Suffolk’s James Cartlidge supported the remain campaign and has spoken of his concern about the impact a “no deal” Brexit could have on businesses in his constituency.

But they both agree that a “People’s Vote” would introduce a delay to the process of Britain leaving the EU and finding trade deals across the world.

Ms Patel said: “We have had one referendum and the British people have decided that they want us to leave the EU. To bring in another vote would merely delay things.

“As David Cameron found there is a great deal that would have to be done including bringing in a new Act of Parliament and that would mean there was a very long delay.”

She also felt that however it was labelled, a “People’s Vote” would effectively be a second referendum – and would be seen by many who had voted in 2016 as a way of just reversing a democratic decision.

Mr Cartlidge felt that a second referendum would not only delay Brexit – but would also prevent the government from looking for alternative deals when the country comes out of the EU.

He is a keen advocate of the UK remaining a member of the European Economic Area(EEA), which includes EU countries as well as some other states which are currently outside the union. He also said the government should consider re-joining the European Free Trade Area (EFTA).

He said: “Whichever side you were on, the fact is there was a clear result and the government needs to act on that. I would like to see more talks with countries like Norway and Switzerland to see if we can have joint agreements with the EU to ensure markets are still open to us.”

He feared that any new vote would open up further divisions within Britain: “What we need now is to unite around new arrangements that would allow us to remain within the EEA which would be better than relying on the WTO (World Trade Organisation) rules.”