Traffic lights at notorious Manningtree underpass to be installed 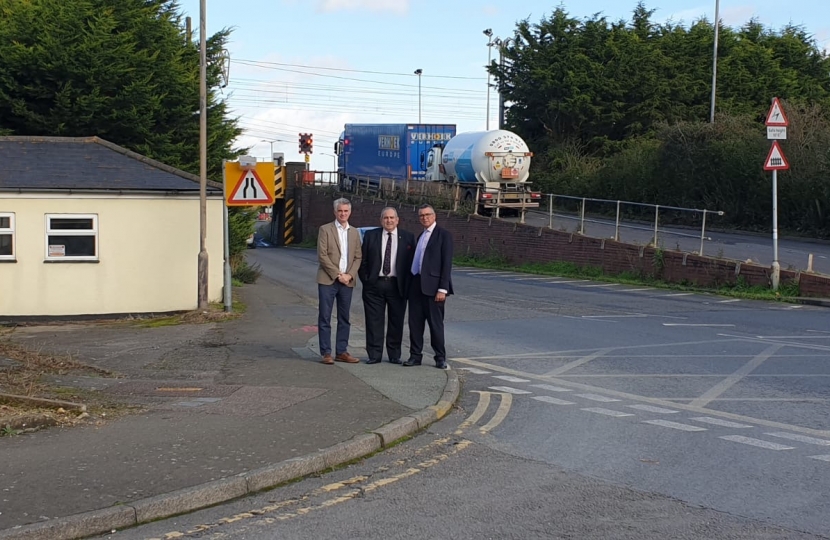 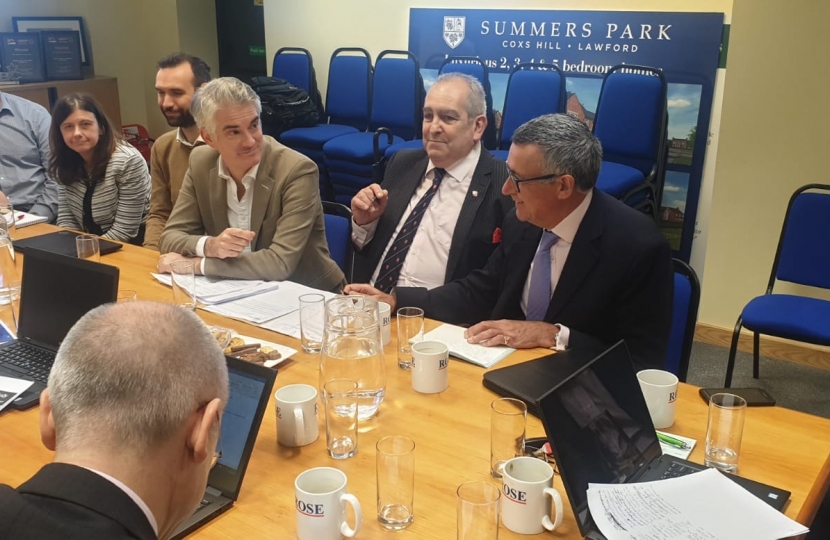 Traffic light talks: James Cartlidge with Carlo Guglielmi and Sir Bernard Jenkin at a meeting about the underpass on October 18

TRAFFIC lights are set to be installed at a notorious underpass as a short-term solution to 33 years of gridlock.

Long-awaited traffic lights at the underpass next to Manningtree Railway Station are expected to be completed within the next six months as a short-term fix for congestion.

The lights would replace the controversial priority system at the underpass, which is only wide enough for one vehicle.

He said: “I have been chasing this for several years and it was one of my pledges in 2013. The short-term solution for the underpass is to provide traffic lights to provide an equal opportunity for traffic on both sides of the underpass.

“Currently, we have to give priority to Suffolk traffic and we can queue our side for about 15 minutes to get through to the Suffolk side.

“It just grinds everyone to a halt.”

Mr Guglielmi said the plan is to attach a steel frame to land next to the station and attach a traffic light to it, and put cables on the wall of the underpass.

This means the road would not have to be dug up.

He added: “Hopefully, the work will take up to six months to complete.”

Mr Guglielmi added: “I would like to thank James Cartlidge and Sir Bernard Jenkin for getting Network Rail on board.”

Additional funding could come from county and district councils.

It is expected the lights will be in place for a few years until a long-term solution is put in place.

Sir Bernard said: “We have been moving this forward for months and months.”

A Network Rail spokesman said: “We have been directly involved in constructive meetings with Essex County Council in recent weeks about addressing the problem at the Manningtree underpass. We are happy to work with the ECC on progressing the installation of traffic lights at the underpass, and discussions about the timing, technical issues and other logistical matters are still ongoing.”

The other Harwich and North Essex candidates known to be running for the parliamentary seat include Richard Browning-Smith (Ind), Mike Beckett (Lib Dem) and Stephen Rice (Lab).