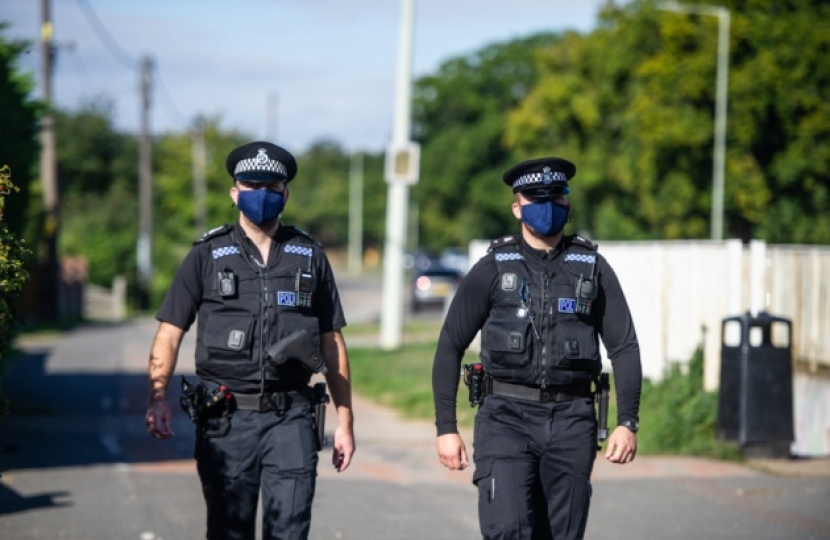 Suffolk is getting an additional 54 officers from the Government's Operation Uplift announcement in October 2019. Picture: SARAH LUCY BROWN

Suffolk’s police and crime commissioner has outlined where the additional 54 police officers announced last autumn are being deployed – with a large proportion carrying out activities in the west of the county.

Operation Uplift announced by the Government in October 2019 pledged an additional 20,000 officers across England and Wales over the next three years, with 54 new officers confirmed for Suffolk.

A report prepared by Suffolk PCC Tim Passmore revealed where those extra officers are being deployed, with a strong presence in the west of the county.

Work is now ongoing for 26 officers to be in post by the end of December made up of six sergeants in Sudbury and Haverhill with four sergeants and 16 detective constables joining safeguarding and criminal investigation units.

The remaining 11 officers will be part of specialist joint operations with Norfolk.

Mr Passmore said it would improve visibility, trust and confidence in the police force.

“The important thing is that with the uplift for the 54 officers for this year in addition to what we are getting from the precept, which is about 20 officers, the west of the county is getting a fairly big proportion,” he said.

“That is important because having a greater presence there will improve visibility, it will allow more operations to be undertaken and I hope that will improve the number of people arrested and brought to justice.”

The recruitment and training programme has suffered some delays from the coronavirus pandemic, but is understood to have resumed again.

The PCC report said that 70% of the October intake are female, who are underrepresented in the force.

The report added: “Both the uplift and the precept plans are considered important in terms of ensuring the force remains effective and efficient, deals with the issues that matter most to the public and delivers high performance to enhance confidence and satisfaction.”

The rollout of all 54 new recruits is to be completed by March 31 next year.