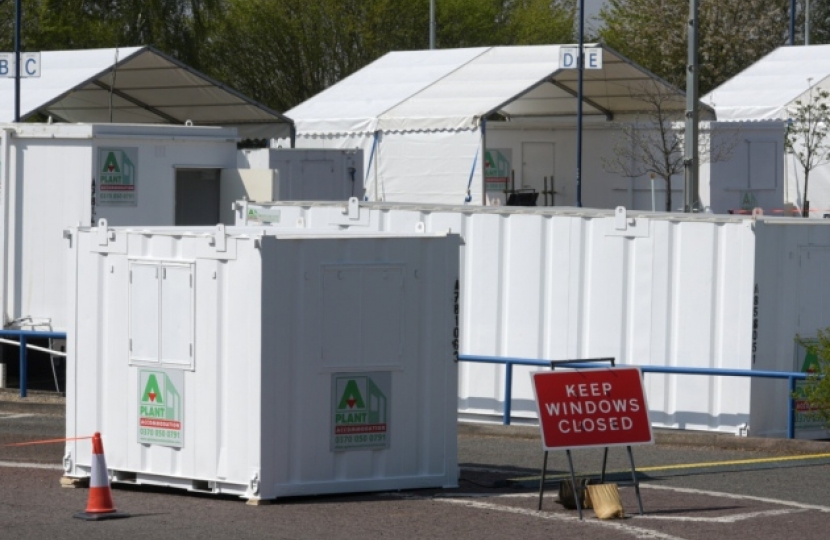 Around 3,000 people have been tested for Covid-19 at the Copdock testing centre in Ipswich, as the government looks to continue increasing national capacity.

The drive-through testing centre opened at the site of London Road Park and Ride on April 17 in a bid to allow more keyworkers to be tested for the virus.

Figures released by the Department of Health and Social Care (DHSC) show 600 people are now being tested at the centre on average every day, with the figure set to rise as the government seeks to expand criteria for who can be tested.

As of this week, all NHS workers, care staff and care home residents are able to be tested for the virus – including those who are asymptomatic. It is hoped the expansion will allow for those self-isolating to return to work quicker.

Symptomatic people aged 65 or over, or those unable to work from home and their families will also be able to receive tests.

Ipswich MP Tom Hunt said he hopes the expansion in testing will come as welcome news to all “crucial” keyworkers in and around the town.

Mr Hunt said: “It is great to hear so many people are being tested and we are so fortunate to have such a significant testing centre right on our doorstep.

“I’ve been speaking to so many different keyworkers in the last six weeks and I’m sure this is welcome news to them.”

Mr Hunt added he hopes more people will be able to be tested for the virus, adding: “More people being tested is always a good thing.

“I would encourage anyone who needs to be tested to visit the site.”

South Suffolk MP James Cartlidge added: “It is positive that such a decent number of people have used the site and I would encourage as many people as they can to visit.

“It is in a great and significant location, close to the A12 and A14 so is widely accessible for people in the surrounding areas.” The centre is part of a network of 50 regional testing sites DHSC hopes to have open by the end of April. Currently, 48 drive-through test sites are now open and 17 mobile sites are operational.

The government is continuing its pledge to test 100,000 people a day, despite carrying out just over 52,000 tests on Tuesday, April 29, while claiming to have the capacity to test more than 77,000.

Speaking to BBC Breakfast, justice secretary Robert Buckland acknowledged the target may not be met, but added the government should push beyond the 100,000 figure.

Mr Buckland added: “I think now is the time in respect of this to be bold... Being brave is something we should acknowledge, even if the target isn’t met today.”

Those who wish to book a test can do so here.